Where can You Use Quantum Computing in Data Analytics?

Quantum computing is a disruptive and revolutionary new type of technology that will soon have major impacts on the way we conduct business. From the printing press to the locomotive, each revolution has dynamically forced our hand to change the current economic operating model. During each revolution, the winds of success look kindly to those who are quick to adapt and learn and wisp away those who stall and postpone.

Although still in its infancy, quantum computing possesses the potential to impact operations as crucial as logistics or traffic control at a large-scale level, allowing, in certain cases, exponentially faster computational power and billions of dollars of additional revenue.

A quantum computer works using quantum bits or qubits. In stark contrast to a classical computer's bit, which can only represent a 0 or a 1, a qubit can exist in a superposition state, which means it can be a little bit 1 and a little bit 0 at the same time. Only upon "looking" at it, does it become all 1 or all 0. This can allow a single qubit to represent multiple things at the same time, rather than the deterministic state given in a classical computer. Herein lies the power of quantum computers.

There are numerous applications where this becomes handy, and we need to consider multiple possibilities at once. Consider a classical traveling salesman problem where finding an optimal solution that minimizes travel time is very computationally expensive. A classical computer must consider all possible routes, which, if you remember your high school math lesson on permutations, becomes an incredibly large number as we increase the number of sites he needs to visit. Quantum computers are thought to be able to solve these types of problems exponentially faster, as they can consider multiple routes at once. Although the example above may seem contrived, this is directly applicable to everyday problems like logistics, travel routes, supply chain, and inventory optimization. Imagine the value generated by knowing the exactly optimal route to move shipments between factories and stores. Until this point, finding the perfect route was merely a pipe dream.

Quantum computing is already seeing research and applications in numerous industries. For example, in Barcelona, Spain, a city buzzing with taxis, metros, and personal cars, Volkswagen has worked with a quantum computer from D-Wave (company leading in developing quantum computers) to develop quantum computing solutions to minimize traffic, allowing companies to distribute taxis and cars in the best possible way. This allowed transportation companies to avoid traveling long routes with empty seats, prevented long wait times for taxis, and benefited the entire population by reducing traffic congestion. In another example, computing giant Microsoft has partnered with Dubai Electricity and Water Authority to optimize power distribution. Currently, finding an optimal solution for the ideal electricity resource balance is a tall order for modern computers. Quantum algorithms, however, are currently being used to test multiple scenarios at the same time, thus improving the electricity grid distribution in an exponentially faster manner.

In addition to aforementioned examples, there are many other analytics use cases where quantum computing could find the solution much faster. Natural language processing (NLP) is one such application where computationally intensive topic modeling could be used to generate value in new product development. 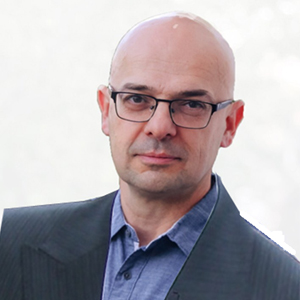 When a new product is launched, it often takes a year or longer to get a grasp on public response to the item. Instead of waiting until sentiment is readily available, we could scrape the web for all relevant product information and feedback from multiple locations, including online retail stores, online shopping reviews, professional reviews sites, social media, news, and financial releases. This could allow us to identify common topics/themes that occur in those documents. For example, we can see what features of the new product the users appreciated, and which features were commonly eschewed. Quantum computing has recently begun to venture into this realm in the form of quantum latent semantic analysis and quantum NLP. It has been shown that quantum topic analysis can outperform classical computing algorithms in certain situations and potentially could allow the processing of greater amounts of data in less time than a classical computation would take.

Another very big area where quantum computing can have a significant impact is freight logistics. Often, large companies need to move products, both components and finished level goods, between locations using a variety of different modes of transportation. Moving components into factories, shipping them across oceans, and loading ships and ground transports with the correct items as well as giving them the routes which best minimize time and cost is an area of intensive research in business. If a company knew the optimal routes to move inventory, it would allow faster response times in meeting customer demand, thus driving sales while also keeping inventory costs down. Various companies have already begun experimenting with quantum computers to obtain advantageous freight routes. Quantum optimization programs are not only computationally more efficient but also produce improved results. The technology is still a few years behind full-scale implementation, but the first companies to develop the techniques and prove their superiority will certainly gain an edge over their competition.

We are truly standing on the precipice of a new era of computing, but there still are numerous hardware and software challenges before successfully applying quantum computers. First, they need to be cooled to nearly absolute zero. Second, they require a myriad of advanced technologies, and building them can easily run into the high numbers of millions. Third, using a quantum computer requires manually stringing together qubits, about as base a level of computer programming as you can get. This means that the flashy machine learning packages and even standard programming commands taken for granted in classical computers do not exist in the quantum world.

Commercial applications of quantum computers are still being discovered, and technology giants such as Google, IBM, and Microsoft have even opened their machines to the public to use for free as people test the waters and begin to figure out uses and applications. Although it is unlikely, quantum computers will ever replace classical computers, a future in which the two will walk side by side is almost inevitable. Putting in place quantum algorithm research divisions to research and develop novel applications will drive businesses into tomorrow, putting them on the cutting edge of technological development and light years ahead of the competition.

Aaron McClendon is a data scientist and practice lead at Aimpoint Digital, specializing in advanced applications of machine learning and artificial intelligence within business facing data science problems. His team focuses on time series analysis, natural language processing, deep learning, and AI within a research context to include quantum machine learning and potential applications of quantum computing within business.