Raymond Augustin, VP, Service Delivery
Prior to 2009, customers buying technology were left to measure whether they were paying a “good price” for their technology needs against anything other than objective or accurate benchmarks. Even in 2016, customers, other than those who utilize the services of Virtual Procurement Services (VPS), are left with antiquated measuring sticks like “What is the discount we are receiving off of list price?” “Does it meet our budget?” However, with the introduction of the Virtual Vendor Index (“VVI”) in 2009, VPS introduced a disruptive change for customers as they brought an accurate and objective means to answering the question, “Are we paying too much for our Hardware, Software, and Services surrounding technology?”

The VVI is a proprietary technology that is the backbone to Virtual Procurement Services analytics tool set. “Through the VVI we level the playing field for the buyer,” explains Raymond Augustin, VP, Service Delivery, VPS. “By leveraging these proprietary algorithms against the data we acquire we know what the fully burdened costs is. While an understanding of the cost is only half the battle, it is a half that no one else has been able to offer before,” Augustin continued. This window into the fully burdened cost throughout distribution combined with an understanding of the quickly changing pricing programs of the various manufacturers, publishers, and VARs allows VPS to create significant savings for its customers.

“The VVI is at the crux of our offering. It is the only analytics tool available that can be utilized both retrospectively as well as prospectively,” adds Augustin.

Organizations are currently trapped into evaluating technology purchases based on processes that have not evolved for over two decades.

While an understanding of the cost is only half the battle, it is a half that no one else has been able to offer before

The use of select and subjective ROI and TCO calculations are often more than just misleading, are usually computed by the selling party, and of course are not objective. The illusion of a great deal, by the level of discount is another fallacy that is exposed through VPS’ analytic tools. For instance, one of VPS’s customers was running a substantially big project, which required them to upgrade their entire IT infrastructure. The customer approached VPS for an evaluation of their proficiency in the procurement arena. Upon analyzing the company’s recent purchases for some of their mainframe systems, VPS observed a significant difference—around $1,700,000 of overspend and “VPS was able to recover the money and the company in fact, reimbursed our customer with a combination of cash and credits,” extols Augustin.

With continuous investments and innovations, the Fairfield, CT headquartered solution provider has constantly been aiding business leaders in technology spend decisions. One of the hallmarks of VPS is that it is very selective in its customer base, VPS ensures a cultural fit for the organization it engages with. “It is a true partnership, and we work through the whole process and empower our customers,” states Augustin.

Augustin, taking CEO Scott Robins’ lead, measures the success of VPS not in the dollars saved but in the impact that these savings has on the client’s ability to maintain it employment level, sustain the correct operational budget and optimize cash flow.

“While understanding the fully burdened costs of technology is only half the battle, the VVI brings critical visibility to something that continues to be shrouded in mystery, but it is the fact that VPS does not get paid for the visibility but only after we have used that data to reduce and recover dollars that has engendered the loyalty of more than 400 customers,” Augustin added. 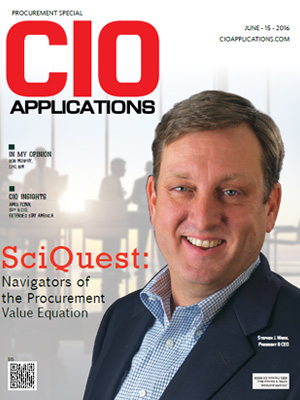