Fabrice Derepas, Founder & CEO
“One line of corrupt code can cost you everything”—reads the tagline of TRUSTINSOFT. In a world immersed in software-enabled technologies, security and accuracy of those “lines of code” demand more attention than anything else. TRUSTINSOFT, a spin-off from the CEA (French Atomic Energy Commission), has unveiled a platform to revolutionize the way security, vulnerability, and quality of software is analyzed and tackled in the modern computing world. The California-based company's ground-breaking‘ mathematically guaranteed software’ has benefitted multiple clients from aeronautics, nuclear, space, defense, telecommunications, transport, IoT, and IT industries, across the US and Europe.

“We have designed novel methods to utilize mathematical tools in guaranteeing software behavior and determining its security and vulnerability status,” states Fabrice Derepas, Founder & CEO of TRUSTINSOFT. The company’s innovative platform, TrustInSoft Analyzer is an advanced, automated static source code analyzer that performs comprehensive mathematical analysis on any kind of software to detect and resolve its source code flaws and vulnerabilities. Upon purchasing the TrustInSoft Analyzer license, a customer enterprise can connect with the distantly located TrustInSoft Analyzer server through a web browser and configure the server’s interface according to its various source management software systems or integration platforms. TrustInSoft Analyzer then performs an advanced software audit leveraging on a collaborative framework of different formal methods to mathematically assure that a certain flaw is not present in the enterprise software’s source code.

Instead of conventionally adding more security layers, TRUSTINSOFT’s platform mathematically analyzes every line of the original source code to detect the ‘entire family and frequently occurring cybersecurity threats’ like hacking, phishing, and malware attacks. Once analyzed, the software’s source code is secured from the primary vulnerability causes like buffer overflows, race conditions, and memory leaks, hence making the software virtually immune to security attacks from its very core. As a result, their clients get to deliver a secure, quality software in the market while substantially economizing resource expenses due to the traditional, time-consuming project certification process.

TRUSTINSOFT has introduced unprecedented advantages in assessing software security and quality to assist diverse industries while offering extensive customer training and support. Talking about the IoT industry, Derepas points out IoT systems, by connecting a large number of devices together, have augmented the security vulnerabilities. TrustInSoft Analyzer’s mathematical analysis optimizes such vulnerabilities by securing the IoT systems’ communication stacks. This has been greatly instrumental in assuring the reliability and security of large IoT device networks. With reference to the same, Derepas recollects of a client that dealt with high-risk chemical products. The client attempted to minimize its operational and management costs by deploying a LoRa-based sensor-actuator IoT network across the whole chemical plant. The TRUSTINSOFT team validated the network’s wireless communication stack and solved some major errors that would have otherwise made the network highly insecure.

TRUSTINSOFT’s value proposition lies in ensuring a trustworthy relationship between a software provider and the customer. TrustInSoft Analyzer renders a certified assurance of software’s quality and this adds to the provider’s merit while selling the product to its customers. This approach combined with their innovative product has earned TRUSTINSOFT worldwide acclaims. The company, ranked in the top 10 most innovative companies at the 2015 RSA conference, attempts to disrupt the online marketplace by offering the platform on an as-a-service model later this year. “We will use a business model like GitHub, free for open source and paid for closed source software,” concludes Derepas. 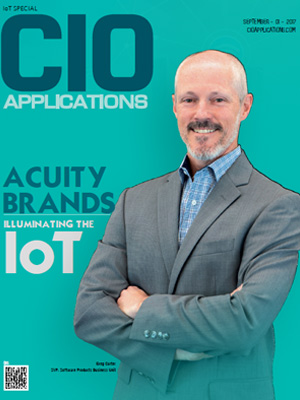