There are serious transportation challenges facing the country, and the world. Cities are grappling with freeway congestion, pollution and failing public transportation infrastructure. The US military is in urgent need of modernizing its equipment, especially its air, ground and sea craft. And despite incredible advancement and unprecedented investment in technology, almost two-thirds of the world still have no access to modern aviation because the cost of building and maintaining a transportation system is simply prohibitive. Utah-based Skyworks Global is providing the solution to some of these issues with a proven technology—Gyronautics.

Gyronautics is the science of sustained auto-rotative flight and autorotation is the ability of a free-spinning rotor to generate lift. A gyrocraft is an elegant fusion of the best attributes of an airplane with those of a helicopter, with the range and speed of a traditional fixed-wing airplane and the vertical take-off and landing (VTOL) and hovering capabilities of a helicopter. Gyrocrafts are much less expensive to operate and service than traditional aircraft, are capable of transporting scores of passengers or tons of cargo and require only a few feet of concrete to take-off or land. In an interview with CIO Applications, Skyworks’s Brigadier General John Michel, director and executive committee member, and Don Woodbury, chief technology advisor, share their insights on how Skyworks has modernized gyronautics technology to meet today’s aviation challenges both at home and abroad. In doing so Skyworks has become one of the most innovative and disruptive companies in the aviation industry.

Michel: When I was charged by NATO with the task of rebuilding the Afghan Air Force in the middle of an active war zone, I did it by focusing on what I call the four S’s of resilient systems—simplicity, sustainability, safety and scalability. Gyrocraft are all these things. First, the mechanism by which they work is simple. The low cost of acquisition and ease of operation and maintenance make them highly sustainable. They are one of the safest aviation platforms available because they are extremely stable and will glide to a soft landing even if they lose power in any phase of flight. And, because of their simplicity and the need for very little runway and supporting infrastructure, gyrocraft are economical to operate and maintain, making them a truly scalable technology.

Michel: For the first time in history, technology has enabled the development of fully integrated, customizable mobility platforms, commonly referred to as Mobility as a Service (MaaS), which provide consumers with a simple means to assess and access a full range of available urban mobility services at any time.

The emergence of MaaS has been in response to a variety of factors ranging from worsening congestion in cities and failing transportation infrastructure to the growth of the gig economy and demand from consumers for personal, customizable and on-demand urban transportation. We see gyrocraft as a natural player in the MaaS trend. Its ability to take off or land from a parking lot and fly over ground transportation congestion, coupled with its unparalleled safety and simple operation and maintenance, makes the gyrocraft ideally suited for an urban application.

Woodbury: Historically, improvements in military vehicles and technologies have typically resulted from investments from the Defense Department or other federal government entities. That is changing, and the private sector is taking a very proactive approach to developing new technologies. For example, NASA recently announced the first group of astronauts to fly to the International Space Station on Boeing and SpaceX commercial spacecraft. And, in the past several years, over $2 billion of new private investment in air taxi and personal air mobility systems has been announced.

With plans underway for the strategic replacement of all U.S. military helicopters over the next fifty years under the Pentagon’s Future Vertical Lift (FVL) program, this is the ideal time for the military to invest in alternative VTOL aircraft technologies. Gyrocraft have the range and payload of a fixed-wing airplane with the VTOL capabilities of a helicopter and provide a solution that is safe, simple and can affordable. Let’s not lock into the high cost and the limited performance and safety of helicopter and tiltrotor aircraft configurations until we have explored alternatives and considered a balanced approach to cost, performance, and safety.

Woodbury: But nowhere do we see gyronautics having more impact than in emerging countries. Astoundingly, two-thirds of the world today are without access to modern aviation. Emerging economies cannot support the cost of purchasing and maintaining aircraft, training personnel and building and maintaining infrastructure. The low acquisition investment, simple training, operation and maintenance, lack of complex infrastructure, and high performance make gyrocraft a compelling alternative to existing aviation platforms. Skyworks offers manned and unmanned options and has specific aircraft that would be ideal for the movement of personnel and materiel, border patrol, pipeline/critical infrastructure monitoring, and delivering emergency relief to remote regions.

Michel: The impact that gyronautics can have on these emerging economies could be profound. Access to modern aviation can provide an entrée into the world marketplace, improve health and security in these countries and ultimately genuinely change peoples’ lives for the better.

Woodbury: This is an exciting time for Skyworks. We are currently in talks with private and public entities around the world to negotiate manufacturing and distribution agreements and are exploring the potential for this transformative capability to open up new market opportunities in countries like Indonesia, Philippines and India, along with others in Africa and South America. We are also talking with the U.S. Department of Defense to suggest opportunities to explore the merits of demonstrating how gyrocraft technology can be leveraged to solve several of the military’s most urgent Vertical Takeoff and Landing (VTOL) challenges and to disrupt a cycle of increasingly complex and expensive aviation systems.

Michel: Ultimately, in a modern world of permeable borders and dynamically linked economies, developing and operating a resilient aviation system is essential to unlocking new sources of value. For this reason, we at Skyworks are convinced this is the right technology at the right time—and the four Ss: safety, simplicity, sustainability and scalability—will help us deliver transformative aviation solutions for the world. 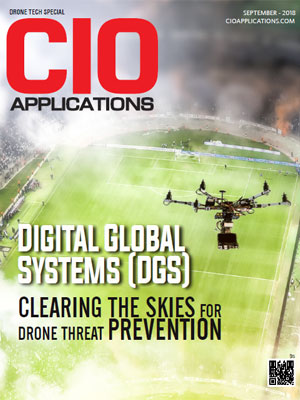