Gautam Kohli, President
In today’s fast-paced environment, the factor of quality is often being sidelined as automation is replacing qualitative manual work. With a background in enterprise software automation, quality control and assurance and testing services, the founders of Prudent Technology had a single mission: solutions to achieve continuous integration and delivery of software lifecycle components through automation. Both federal and commercial sector were slow in adapting to and investing in quality automation at the same pace as development. As Prudent worked with different customers, they saw an opportunity to create a niche and presented it to them—defining automation as vital a solution as any, be it in development, process, testing or infrastructure, as something that may be applied to any area, and returning high investment to the enterprise. This was one of the formative reasons for Prudent Technology coming into being. Here are the facets of Prudent’s technological prowess according to the company’s President, Gautam Kohli.

The first thing that I saw was that everybody looked at automation as an application specific solution. With most enterprise IT having hundreds of applications, the amount of time spent reviewing and solutioning each application was very significant. The situation produced a vacuum leading to absence of enterprise automation in the industry.

Past solutions were built that were still application specific. In time, there would be new releases and builds which would inevitably break the system. The solution was so brittle and dependent on differing tools and technologies, that the ROI on the automation was never seen by the customer, and this was the reason why they were not investing enough time and money into it, especially in the federal sector. The value proposition thus had not matured, and I believe with the industry moving towards continuous delivery, automation is the biggest challenge, especially in test automation.

We wanted to create a state-of-the-art solution that would allow automation of all enterprise applications rather than maintaining the focus on small-scale applications. So, for our solution, we broke the issues down into some very specific instructions in an easy way to understand based on the customer’s tasks. We started creating automation assets that would address, development builds, integration and product testing in a more streamlined way and the assets are technology specific components developed against various technology stacks capable of interacting with all tiers of any application.

We pioneered automation asset development that would address product testing, development, operations, and integration in a more streamlined way

When end users plugged the asset components together, it produced an immediate workflow solution. Everything finally had an input and an output, and users simply needed to chain actions together to achieve their desired result. Now users can apply this solution to any of their applications, and bang, the entire testing, development, data, and IT operations teams could use the instruction sets, rather than creating old fashioned manual scripts. They can automate based on how the end operator wants to control the workflow and these would be assets that people would actually understand. Immediately, our customers started saving money based on reduced costs with increased value since they would no longer need hundreds of resources, and within the year, they can observe how their investments are paying off.

Onboarding and Setting up

We follow a specific methodology for automation which we deliver and cater to each individual customer. In our initial approach, we inform them of the number of resources involved in the operation, and what jobs they are performing. We then explain the technology stack, its components, interactions, and how the solutions are applied, which provides users the confidence to actually start automation activities from day one.

The United States Patent and Trademark office (USPTO), under the Department of Commerce, is one of the largest customers with whom we have implemented our automation solution. We performed automation on close to 200 applications with minimum resources, and it consisted of not only test automation, but included Operations and Maintenance (O&M) automation as well.

At the USPTO, there were approximately 50-60 Operations personnel supporting applications in production with ad hoc requests to support such as application failure analysis and password changes. Their maintenance tasks and scheduling tasks were performed by several people that worked on these systems for 20-30 years, all of whom possessed a lifetime of knowledge. The idea was to help them operate in a way where their experience on the subject can be operationally aligned with the functioning of our automation solutions—working more toward valuing the human intelligence, as opposed to just pushing buttons and looking at logs and monitoring the e-mails of system occurrences. We went about asking them, what they do, and they described their daily functions. We automated the entire process by creating workflows based on functional triggers and freed up the human time for focusing on things which point to something being broken. The only time human intervention is needed is to analyze what happened, and the time savings is a one of the key benefits being seen by our customers.

Roadmap for the Future

We are on the East Coast and have plans to open and expand our first office in Silicon Valley in the next three years. We are in the process of opening a research and development center in India, with focus to enhance automation knowledge depth in the three areas of machine learning, product engineering, and faster delivery. One of the things that we have been toying with the idea is no touch testing, or no touch automation. With machine learning coming and a lot of applied automation, there could be a time that all the tools and products can simply start talking to each other and provide data in a way that starts improving the whole quality piece and automation. Products and solutions are going to get so mature that, they can communicate in a way that is streamlined for both downstream and upstream systems. The future in automation will be fascinating as growth in machine learning and AI augmentation can lead to no touch automation as systems will check other systems. 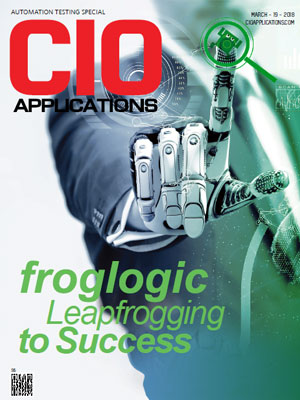