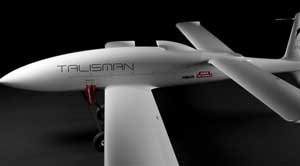 Drones are advancing the rescue and search efforts, leveraging autonomous algorithms with a technological blend.

FREMONT, CA: Advancement in technology is paving the wave for the rescuers. The latest advancements, like the emergence of unmanned aerial robots or drones, have geared up the rescue and search efforts significantly. Moreover, a blend of technologies like Machine Learning (ML) facilitates the drones’ software to harness autonomous algorithms and assist in search and rescue purposes. The drones also recommend the following step, offering up-to-date data to the human authority at the ground concerned with the rescue operations.

Drones are also equipped with a set of predictive models that can predict the behavior of a lost person potentially. Such insights facilitate the rescuers to continue with the rescue efforts with a stabler success rate. For example, a person with a cell phone is expected to move up in elevation for a more reliable network, while an older person might not be able to do so.

However, an airborne drone tech collects massive amounts of data in a single flight. While such an ability is beneficial, it can also overwhelm the ground personnel with data. Rather than flooding the rescue teams with data, ML is being utilized for training a neural network modeled on the human brain to study thermal data and distinguish an animal from a human.

Thus, drones provide a significant advantage to the rescue teams and significantly boost their chances of success, especially when manual efforts seem too dangerous or inadequate.