What Makes Blockchain an Answer to Data Storage 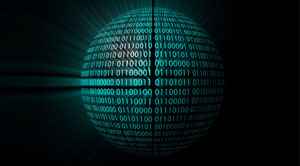 Data storage needs have evolved over time for businesses. Currently, organizations require data to develop new business strategies; more the data better the strategy. But the traditional storage system is inefficient to survive in the age of Internet of Things and big data, where data proliferates and exists in an unstructured format. Many organizations have opted for cloud storage that serves the purpose of storage but has the drawback of security as it is highly vulnerable to cyber attacks. Blockchain, on the other hand, has recently gained popularity because of cryptocurrencies such as bitcoin and ethereum. It is a distributed ledger that stores data with encryption and is immutable with the self-authentication feature.

Decentralized storage seems promising as it eliminates the middlemen concept in storing data, ensuring more security for the data. The ledger validates each of the users prior to accessing the network which makes it even harder for hackers to disrupt the network. Distributing the storage automatically addresses the single point failure problem, which adds as an advantage to the blockchain. Data integrity gets improved as the ledger is immutable.

Immutability, encryption, and distribution together improvise data security; the file is distributed among various nodes of the network in an encrypted format. When a user retrieves the file, data is collected from various nodes and decrypted back to normal for the user. The file remains unreadable until all its parts are assembled back. This concept is known as sharding.

Swarming, on the other hand, is a concept in which the network is split into several groups of nodes. This ensures that systems are able to handle high throughput at any given point. Replicas of the same shard are stored on multiple nodes in the system. The file can be retrieved from the nearest node allowing agile data transfer and least network congestion, keeping it completely secure at the same time.

Thriving technologies like IoT also require a storage system that allows them to store data in real-time and is highly scalable. Blockchain serves both the purposes as the network can be easily scaled by adding new nodes to it. Recently, storage renting has made its way and blockchain is probably the best storage infrastructure to support the same.