The Repercussions of Automation 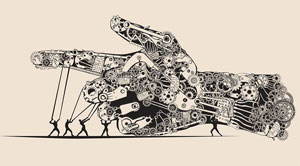 FREMONT, CA – The emergence of artificial intelligence (AI) is driving human productivity to new levels, transforming the approaches adopted by different sectors across the globe. As automation is deployed across different levels, the human workforce is slowly being replaced by automated machines.

According to recent research by the McKinsey Global Institute, around 15 percent of the global workforce will likely be replaced by machines by 2030. However, the creation of new jobs could make up for the lost positions. Consequently, almost 75 million to 375 million people across the globe might need to switch their occupations.

Nevertheless, emerging technologies are designed to complement automation. As a result, there has been a lack of focus on the creation of productive labor niches. The rapid adoption of automation has led to the stagnation of labor demand in the manufacturing industry. Even though automation has aided in increasing efficiency and productivity, it has placed no focus on value-added expansion. Hence, the lack of labor creation may eventually lead to social disquiet.

Over the last few years, automation has resulted in the termination of thousands of jobs across different sectors. It has been unable to create sufficient new work, which has led to stagnation in the growth of productivity in the human workforce and the promotion of labor inequality. As the workforce ages, the industries are more likely to replace them with programmable machines than inexperienced human laborers.

According to industry experts, there is a skill gap between the potential workforce and the requirements of the industry. Hence, it is imperative to facilitate their transition to new occupations created by the evolution of the industrial processes. The enterprises can leverage digital technologies to discover new talent to match their profiles.

Economists have voiced several suggestions to navigate the pitfalls of automation, especially in matters of unemployment and social disruption. The educational institutions, governments, and enterprises have an essential role to play in teaching the required skills to the next generation. Besides, training the existing workforce will not only aid in increasing productivity but will also allow them to adapt to automation and work in coexistence. Along with the gains in productivity, automation technology has much more to deliver, in terms of employment as well as social satisfaction.