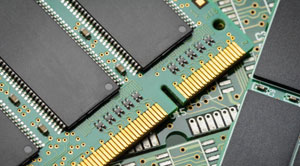 In this digital era, when the data is increasing every day, there is a need for robust and compact data storage systems, and the development by the scientists comes as a giant leap in this direction.

FREMONT, CA: The troves of digital data, starting from the pictures we post on social media, to the organizational data stored in cloud systems, all require extensive space as well as power. As digital data increases, the requirements of storage systems in terms of space and capability also increase.

To overcome this, scientists have designed a new electronic memory cell. Also known as universal memory, it comprises the better features of the current memory technology, at the same time, minimizing most of its disadvantages. The scientists leveraged quantum mechanics to develop the memory cell, which exhibited enhanced energy efficiency. The achievement knocked down the contradictions regarding the feasibility of universal memory.

Computers, phones, and data centers utilize two types of memory. The random access memory (RAM) keeps open applications in its memory. It is quick and consumes low energy. However, the memory is erased whenever the power is cut off.

When it comes to flash storage, the data can be stored for the long term. However, it is a lot slower when compared to RAM and consumes more energy. Also, the storage degrades over time, though at a prolonged rate to be noticeable. The scientists combined the features of both RAM and flash storage to develop universal memory. However, the technology is still in the development stage, and it will take some time to make it to electronic gadgets.

The ideal memory possesses the advantages of both the memories while eliminating both their drawbacks. The intrinsic data storage potentially possesses unprecedented capabilities, being able to store and erase data with considerably less energy than DRAM. The universal memory will be able to alleviate data center energy usage at peak times by almost 20 percent.

The development of universal memory will likely birth a new generation of computers that do not require boot-ups and can automatically go to sleep between processes without being noticeable to the user. Once the technology is patent registered, it will likely attract tech giants who require vast data storage capabilities. The implementation of the universal storage technology will also revolutionize the development of next-generation electronic devices.