The Benefits and the Future of a Faster Blockchain 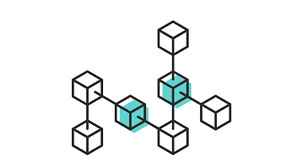 Blockchain technology has traversed beyond the cryptocurrency market and mainstream sectors are integrating it. The traditional financial institutions, banks, investment companies who used to critique the technology are getting on board and utilizing blockchain technology within their economic platforms.

The Blockchain technology decentralizes the digital ledger system making the process transparent and secure. The transactions are cheaper and faster than the traditional methods which require arbitration from third parties which can substantially slow the process down. User controlled networks and the ability to provide an auditable and traceable transactions ledger makes this platform trustworthy between counterparties without knowing each other or without a previous history of doing business together.

Companies waste their resources behind processes that are automatable. The process that requires double checking or triple checking and fixing the errors can be automated.

Blockchain improves efficiency by eliminating the redundant operational processes and automating many them in a fool-proof and stable environment. The blockchain requires only one master list eliminating the need of multiple lists. The accuracy of the information is ensured. This process allows employees to use their valuable time in other productive ways.

Businesses are always concerned with reducing overheads. An efficient system like blockchain can remove the need of third parties that charge money for a transaction saving money in the process.

Faster Blockchain in the Future

Impact of blockchain on global and financial institutions is that many companies that work on private data are turning to blockchain to improve security and safeguard their sensitive information.  Since the technology is based on public network, companies that depend on full data privacy are hesitant to adopt the technology. Companies that are working on creating a faster network are working on building the ability to limit the access of information to make it even more secure.

The Bitcoin blockchain is the slowest blockchain network. Several networks are 100 times faster than Bitcoin blockchain. Recently, a Hong-Kong based blockchain and AI Technology Company demonstrated a network that can process 50,000 transactions per second. High numbers of transactions are necessary if blockchain technology is ever to support large commercial applications. If the speed is slow, there is a possibility of crippling congestion. The integrity of the entire transaction is compromisable if the network is slow.