Robots Drill So You Can Chill 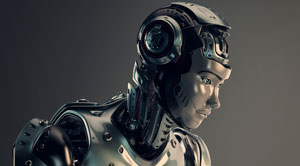 In the last few years, robotic drilling market has attracted unparalleled concentration from leading enterprises, capital investors, and robot manufactures globally due to continuous developments in the technological abilities of the robots.

FREMONT, CA: Industrial robots benefit the robotic industry by reducing costs, improving operational efficiencies, and smooth processing of different industry verticals. Currently, the use of the industrial robot has been witnessing a boost in its scope of application across different end-user verticals in spite of its high capital expenditure. For example, industrial robots have an insightful impact on process simplification across sectors such as manufacturing, defense, aerospace, and healthcare.

Also, the unswerving development in pattern recognition, machine vision, and sensing technologies, keep on increasing the scope of application of robotic automation to further levels. Among many, the drilling industry has observed a seamless changeover toward the adoption of robots for proficient as well as precision-based drilling tools in the past few years. Aspects such as depth-sensing apparatuses, kinematic model techniques, and robotic apparatuses play an essential role. Besides, depending on the character of application and deployment, the drilling robot can be mobile or stationary with the analogous degree of freedom for its movement and locomotion, within the workplace.

Currently, end-user industries such as oil and gas, construction, and healthcare are witnessing considerable movement for high precision automated drilling robots. For example, a drilling robot can have a noteworthy positive impact on the efficiency level, as well as lessen the time required for the completion of the job.

However, the key to successfully implementing a proficient drilling robot lies in the channel of communication. The constant venture in research and development by the companies toward improving depth sensing has led to the improvement of chances in the drilling capabilities of the robots in the future.

As a result, the robotics process due to its versatility and safety benefits is expected to offer a viable alternative solution for conventional, manual, or heavy equipment driven drilling. Moreover, growing innovation in ML and AI capabilities and their subsequent integration in the robotics field for the development of better solutions is expected to get a considerable audience among different end-users globally.