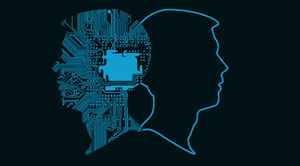 A great deal of money is spent trying to find out where the next earthquake would hit. Predicting earthquakes doesn’t mean predicting the weather, and scientists were not at the top of this task. Artificial intelligence revolutionizes this brand new research area, and the forecasts will become even more precise over time. AI predicts the likelihood of the occurrence of an earthquake in the next 50 years that would hit the region. They are not yet completely accurate, but scientists can guess which regions of the world are much more likely to suffer from earthquakes. Climatologists can calculate the maximum possible intensity of earthquakes in a particular region.

The technology can predict earthquakes by designing plates’ movements and can predict movements that occur over longer periods of time. Machines can calculate on the basis of known geological data, and the process has substantial similarity to the prediction of weather patterns using machine learning algorithms. Perhaps, the most obvious reason why earthquake predictions continue to grow better is that machine learning programs are expected to grow more advanced in a shorter time period. In addition, climatologists will figure out better ways to comprehend geology, which will give them a better understanding of what data can be included in the future earthquake prediction programs.

AI-based earthquake research relies on neural networks, the technology that drives digital assistants and self-driving cars, to find patterns in data that, due to the sheer volume of seismic data, would be impossible or at least very difficult for scientists to find. These data, which are like audio data used by firms to train new digital assistants in the interpretation of vocal orders, are better examined in neural networks that operate such as the human brain but are quicker.

Researchers from the University of Cambridge in the UK and Boston University in the U.S. have recently developed an AI system to predict earthquakes successfully, which can help prepare for extreme weather events and save lives. Using a lab-based system that imitates real earthquakes, machine learning techniques can be used to evaluate the acoustic signal coming from the ‘fault' as it shifted and to find patterns. Machine learning was then used to link the acoustic signal to the fault and its rate of failure.