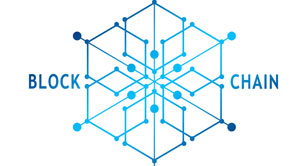 Blockchain has proved in many ways that it can be groundbreaking in terms of cryptocurrency transfers.

FREMONT, CA: Bitcoin is a controversial cryptocurrency, the potential of which remains significant, even though its popularity has flat-lined in recent years. While Bitcoin may be the better-known concept and term, it is now becoming apparent that the technology behind Bitcoins—blockchain—the true revolutionary innovation can take center stage.

From a technical point of view, the blockchain moves beyond the single cryptocurrency focus of Bitcoin to represent a variety of cryptocurrency-based applications. While the underlying technology concept might seem analogous to information, thanks to the blocks inside the chain containing the data, blockchain is a bunch of a singular arrangement than information.

The blocks constitute the transaction log of a particular application of a database that is constantly growing as "completed" blocks are added with a fresh set of recordings in a sequential and, chronological order. Blockchains are safer in that it is difficult to falsify recorded data and much less likely to have accidental mistakes. As a result, the blockchain technology represents a paradigm shift for developers and users, with an impact on how software engineers will write software applications in the future.

Blockchain technology has become popular because of the many advantages it offers. Few benefits of blockchain are as follows:

Lower Cost and Efficiency Due to Ledger Format: As entries are immediately validated on the blockchain ledger, blockchain technology can result in faster, more effective transfer of property and/or information.

Transparency in Transaction Activity: The network of respondents in the case must agree to the latest block of transactions at each point of a blockchain transaction. This agreement is reached by consensus of the majority, eliminating duplicate entries.

Security Stemming from Multiple Users: One of the primary benefits of the blockchain is the ability to carry out transactions without the help of a third-party broker, like a bank.

Applicability across Multiple Industries: The blockchain technology can be used in multiple industries.

Blockchain is seen as a game-changer in other areas as well, such as cybersecurity, networking, supply chain management, transportation, and energy.