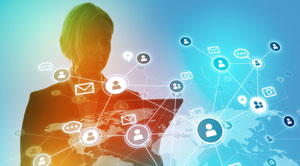 Internet of things (IoT) has existed for more than a decade, but its true potential is yet to be uncovered. As per a study by the European Commission, the IoT market in Europe will expand at a rate of 20 percent every year. The IoT connections within the European Union (EU) are predicted to increase from 1.8 billion to almost 6 billion by the year 2020. Also, the IoT revenues in the EU are also said to grow to more than 1,181 billion Euros by the next fiscal year.

The industrial internet of things (IIoT) not only refines the inefficiencies in the use of electronic sensors, system automation, and data analysis, it also helps in increasing the revenue. Utilizing IoT to outline the preliminary processes will save maintenance costs and increase revenues. Even though larger industries have reactive strategies in place to deal with equipment failure, an unexpected breakdown of essential machinery would result in a profit loss until it is fixed again.

A more efficient solution would be to equip the industrial machinery with sensors and connect them to the IoT network. The sensors would monitor the equipment and predict equipment failure before the condition becomes critical, allowing the industries to deal with the problems before they escalate. It would save not only the maintenance costs but also the time taken for an overhaul in case of complete failure.

IoT can also be leverage for Agriculture and farming. With IoT technology, farmers can gain better control in their daily tasks such as rearing livestock and growing crops. It not only increases the efficiency of agricultural processes but will also help in cutting costs and preserving limited resources.

Farmers who have adopted smart farming are making use of intelligent devices and farming sensors to automate multiple processes. Data collected from the farm is sent to the cloud, which can be utilized to map climate conditions and take the necessary measures to improve productivity. IoT can empower the farmers to predict the output and plan the processes accordingly.

Check this out: Top IoT Companies

Check Out Review Of CIOReview : Crunchbase