Is the Future of Currency Digital? The Ongoing Trends in Cryptocurrency

Blockchain technology, along with cryptocurrency, is getting significant attention from the public sector and governments of late. The coming years would witness the first real-world implementations of central bank-backed digital currencies, commonly referred to as CBDCs

Fremont, CA: The advancements in blockchain technologies and the interest of various sectors and governments in crypto development have somewhat watered down the volatility surrounding the cryptocurrency industry. The last year was indeed a good year for the industry, with the cryptocurrency market marking a three-fold growth. The constant widening of the regulatory windows in a few countries have also played a part in this growth, and surprisingly, the digital cryptocurrency bitcoin has been at the front and center of this market capitalization. 2019 also witnessed new trading solutions, groupings, and blockchain protocols emerging and maturing. According to recent reports, at least 3 million people are actively trading in cryptocurrency at any given point in time. Experts believe that the coming years will open up the adoption of cryptocurrency into new domains and spur the investment. 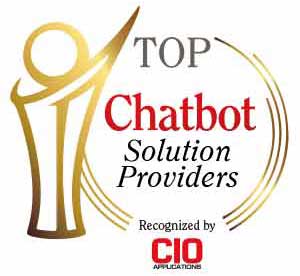 The gradual warming up of the governments towards cryptocurrency usage has been one of the breakthroughs for the industry. Blockchain technology, along with cryptocurrency, is getting significant attention from the public sector and governments of late. The coming years would witness the first real-world implementations of central bank-backed digital currencies, commonly referred to as CBDCs. While Venezuela had already launched their cryptocurrency in 2018, the Chinese government has recently begun a pilot program for an official digital version of its currency. The coming years could see more governments venturing into investments in cryptocurrency.

Corporates have also started launching their cryptocurrencies. For instance, Facebook’s announcement of launching its blockchain digital currency Libra had taken the crypto market by storm. Several other big business organizations like Walmart, Tencent, AirAsia, J.P. Morgan, and Mitsubishi are also planning to unveil their decentralized ledgers and blockchains. Similarly, several key players in the fintech and finance sectors have already entered the crypto-space.

Governments throughout the world are drafting crypto-friendly regulatory frameworks recognizing the potential of digital currencies. Notably, the industry will also witness the increasing integration of artificial intelligence (AI) and machine learning into blockchain technology. According to experts, some other crucial upgrades are also around the corner that could ensure the privacy and scalability of the cryptocurrency network.