IoT Security, the Quintessential Requisite for the High-Tech World 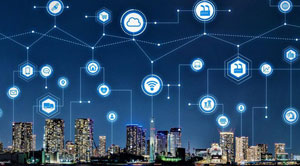 The Internet of Things (IoT) relates to a reality that enables computers to communicate and exchange information over the internet with each other. Back in the early 20th century, the concept of IoT began as a half-baked idea but has now grown into the future of our very livelihood. This is primarily owing to notable advances in technology and rapidly increasing adaptability for consumers. The IoT application potential is immeasurable. IoT is probable to lead to higher effectiveness and productivity, lower crime rates, as well as human error accidents. However, IoT application success at a global level is threatened continuously by privacy infringement and data security.

Governments have embraced the use of IoT devices in their agency activities, such as using military drones, while hospitals and other medical organizations use IoT devices to provide top-notch healthcare facilities. Biosensors are now used to identify early breast cancer. Smart car producers employ IoT to collect information for car-to-car communication, traffic enforcement, and intelligent parking facilities. In deciding whether the policyholder can claim compensation in the event of an accident, car insurance companies may also be interested in such information.

The large quantity of data shared across various IoT systems makes these systems a target for hackers, frauds, and all other unethical users who are engaged in such data. If the confidential data falls into the wrong hands, all businesses and government agencies could be compromised. IoT companies also base their programming procedures on the environment of their hosts. The absence of platform-wide synchrony limits developers' capacity to produce a universal safety protocol. This, in turn, gives hackers various platforms from which they can break and steal billions of dollars worth of information.

The ultimate objective of multi-sector adoption of IoT devices is to produce a fully integrated smart city. Any device used in the manufacturing industry can communicate with another device used by government agencies, healthcare providers, and other companies. However, the law still needs to create privacy laws covering all vulnerabilities across the various industries.

It's no brainer that IoT is the world's future. However, producers and developers of software need to secure their information to create a smarter, safer, and more effective environment.