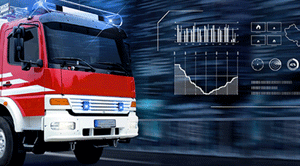 IoT is playing a crucial role in increasing the efficiency and effectiveness of emergency response systems, thus saving lives and making the world safer.

FREMONT, CA: With the growth of the Internet of Things (IoT), major industries and government organizations alike are experimenting with its benefits, and emergency responders are no exception. With IoT in emergency service efforts can produce a cumulative result, and all branches of emergency services are benefiting from IoT solutions in unique ways.

IoT cellphones in the emergency service network enable emergency service personnel to quickly identify the source and use its guidance system to track them easily. There can be applications to send an emergency message or alert and prospects to automate the process in a way that a signal is sent immediately without someone having to do so manually. For this, personnel can rely on CCTV cameras, and other sensor-based technologies to detect emergency.  A system with devices connected to an IoT network is an ideal solution for reducing delays due to the issues in the phone network.

The traffic congestion in crowded cities is a problem just as old as overcrowding and cities that are experiencing a recent and sudden surge in population and infrastructure growth are feeling the pinch. With an IoT system, an emergency vehicle can have real-time access to an entire traffic light system and can somehow manipulate it to allow them to pass through. There are a few loops to be worked on, but there is still plenty of prospect for an effective solution for traffic through IoT.

Robotics in emergency services seems to be a potential solution to minimize causalities as it can be used in emergency management. Also, there are plans to employ IoT to introduce the robotic elements in emergency response. By employing robots, the effectiveness of the process could be increased while minimizing the task.

There are many several ways emergency service are transforming cities into smarter and safer places by employing IoT.  The possibilities are endless.