IoT and Its Impact on Smart Cities 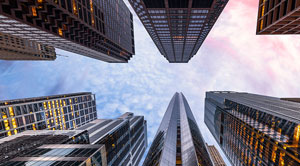 There is no doubt about the fact that cities have evolved a lot over the past few years. They have transformed from small enclosures within walls to slouching metropolises which are home to millions of people.

FREMONT, CA: Internet of Things (IoT) is the decisive technology that is steadily making cities “smart.” From improving levels of pollution to maintaining traffic conditions, the prime technology is none other than IoT. Almost every aspect of inhabiting in a city has changed, specifically in those areas where technological hindrances have been hampering lifestyle. Not only have nature and sizes changed, but smart cities have also been able to provide the best environment for all kinds of people to inhabit.

Substantial uses of utilizing IoT in building a smart city are:

Lighting comprises a considerable proportion of the energy utilization in a city. While electricity and lighting is a vital element, it is also being employed to improve the beauty of all developing cities. In a traditional lighting system, the examination of failure occurs manually, which can be checked automatically if the same system is based in IoT.

Waste management system in a city can also be made smarter by employing smart garbage cans which have a sensor for determining the level of trash. The technology deployed by the containers is constructed in such a way that they can broadcast information to the waste management system of the city by guiding the disposal trucks automatically toward them when they are full.

It can be frightening to get a parking space in today’s cities. It is somewhat annoying for the daily commuter to find an appropriate place to park his vehicle. IoT enabled parking spot, equipped with sensors, can connect with the GPS of the city, which can allow for the drivers to locate the nearest parking spot. A driver with the knowledge of a limited parking space will lead to the saving in fuel and time, reduced CO2 emission, and decreased road utilization hours.

IoT can also help in smart traffic management by detecting the flow of traffic in real-time produced by battery-powered traffic sensors. Such sensors can be connected to the traffic managing system of the city, thus offering a total representation of the road situation. Based on the traffic pattern, the decision-making algorithms can adjust the traffic lights and their duration and lodge complaints against violators of rules.