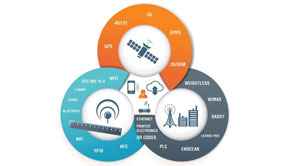 IoT helps consumers make better decisions through increased intelligence. Businesses use IoT to collect and report data retrieved from the business environment to help optimize the process.  According to a recent study, B2B spending on IoT technologies, apps and solutions will reach $296.8 billion by 2020, and the real potential of the IoT to evolve industries has led to its wide adoption in different sectors. However, the complexity of assimilating IoT with enterprise applications and back-office applications presents challenges, as almost every solution on the market addresses the problem through the architecture of solutions for specific instances, the spread of multiple IoT products and the fragmentation of the business ecosystem. Tech companies aim to embrace cloud technology and leverage the power of IoT integration with devices, hardware, and sensors and to ensure that data is completely integrated with business systems.

The majority of companies (82 percent) share information with employees more often than once a day from their IoT solutions and 67 percent share data in real time. In a Dresner report, the adoption of IoT in the company has also significantly increased since 2017. The IoT Intelligence Market Study for 2018 explicitly states that 32 percent of companies are looking to invest in IoT and 48 percent are planning to invest in 2019. While companies commit themselves to IoT, some CIOs warn that IoT could become a major burden. This is because of the accelerating complexity of IoT that can harm the overall performance of a company. In addition, another Dynatrace study noted that IoT does not work properly for 64 percent of the world’s regular users. Despite widespread acceptance, more than half of users reported performance issues in a global independent survey of 10,000 consumers.

According to recent research from Zebra Technologies, 86 percent of companies are expected to increase their IoT investments in the next year, while 2018 had seen a 4 percent growth in expenditures over the previous year, owing to around $4.6 million this year as well. Research shows that 38 percent of the companies specifically asked already have full IoT production capacity, while 84 percent believe that they will have it integrated it into their current operations in two years. It marks an enormous increase in use in only a few years when at the beginning of the decade few people understood their true potential.

Those firms that are increasing their investments in IoT are to be classified as ‘intelligent companies,’ which reap the benefits of the links between the physical and digital worlds to increase exposure and derive actionable insights that deliver better customer experiences and drive operational efficiencies.