How to use Drones in Protecting Endangered Species? 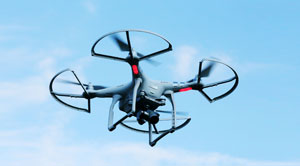 Drone technology and endangered wildlife may not be the most ideal combination but at a time when nature needs protection more than ever, it has come to the forefront.

FREMONT, CA: Anti-poaching drones have made a significant impact on the saving of elephants, gorillas, rhinoceroses, and other endangered species. Drones augmented with anti-poaching technology are assisting park rangers across the globe in saving animals from poachers.

When wildlife is observed manually by forest rangers, it tends to cause a disturbance in their habitat, which may stress the animals out. However, with drones, there is no chance of disturbing the wildlife, and it can also monitor hundreds of acres in a short period. Infrared and thermal imaging technologies in drones allow them to be used efficiently even at night, thus thwarting poaching attempts. Drones are better than manual supervision for wildlife monitoring because of the following reasons:

• More efficient coverage of larger distances of land or sea can be carried out.

• The verification of landscapes can be done proficiently.

• The mapping of land and the eco-marine system is also possible without disturbing the wildlife.

Drones have made it possible for researchers to study the health of various animals, perform population counts, study trends in the population, and observe migration routes. Due to drones, it has become possible to track melting glaciers in the Arctic and monitor rainforest restoration plans.

How are Drones Helping the Ground Forces?

Drones, with their surveillance anti-poaching technology, are used by local rangers and communities to collect and analyze data for accurate determination of threat areas and the organization of drone flight plans. Control units and mobile command can also move close to the threat areas, from where they can operate the drone motion. If the wildlife or poachers show any movement or change directions, rangers can also easily change their direction accordingly through analyzing live data.

Animals can be saved from natural disasters by monitoring the weather with drones. They help rangers to gather data and footage about the climate condition. It also proves beneficial in making more informed decisions so that they save more lives and reduce potential harm.

Drones technology have made it a lot easier to catch poachers than it was ever before, and it has helped to save many endangered and protected species.