When nations individually and collectively accelerate their efforts to gain a competitive edge in technology and science, the further weaponization of AI is bound to happen.

FREMONT, CA: Technological development has become a subject of competition among companies. In this rat race of leading the tech-battle, AI is playing a pivotal role. As observed across many nations, the development in autonomous weapons systems (AWS) is progressing at a rapid pace, and the increase in the weaponization of AI appears to have become an unstable development. It presents complex security challenges for the future of humanity.

The Weaponization of Artificial Intelligence 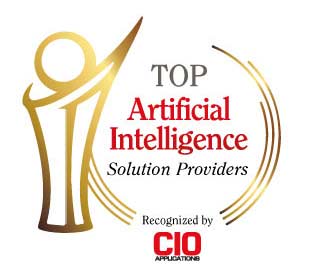 As AI, deep learning, and machine learning undergo continuous evolution and move from concept to commercialization, the rapid development in computing power, big data, memory, and high-speed communication is not only inviting innovation, investment as well as application frenzy but is also increasing the quest for AI chips. This rapid progress and development indicate that artificial intelligence is on its way to bringing a revolutionary change in warfare and that nations will continue to develop the automated weapons system that AI will make possible.

When nations individually and collectively accelerate their efforts to gain a competitive edge in technology and science, the further weaponization of AI is bound to happen. Therefore, there is a need to visualize what would an algorithmic war of tomorrow would seem like because building autonomous weapons systems is one thing but utilizing them in algorithmic warfare with other nations and against other humans is different.

While Autonomous Weapons Systems are believed to allow for opportunities for reducing the operating costs of the weapons system -- particularly through more efficient use of manpower -- and will likely give strength to weapons systems to achieve greater speed, accuracy, precision, reach, persistence, and coordination on the CGS battlefield, the necessity to recognize and evaluate the technological, economic, legal, societal and security issues still requires attention.