How Could the Pandemic Change AR/VR's Future? 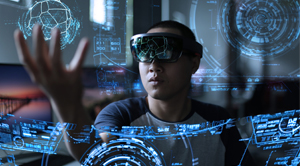 As individuals and companies look to remain linked throughout the crisis, physical lockdowns may be a plus for AR/VR hardware demand.

Fremont, CA: COVID-19 is influencing billions of lives. By contrast, early-stage technology markets such as virtual and augmented reality are trivial. AR/VR businesses, however, struggle with knock-on consequences that are both positive and negative. In the background of the silent cyclone everyone is all going through, this review examines the theoretical future for AR/VR.

The long-term virtual and augmented reality outlook for Digi-Capital is for the AR/VR industry to hit approximately $65 billion in revenue by 2024. However, COVID-19-related factors, including (but not limited to) physical lockdowns, brick-and-mortar store closures, major restrictions on e-commerce delivery, supply chain instability (supplier, producer, distribution, wholesale, retail) and economic impacts of recession/depression, are likely to affect the next two years.

Affects of the AR/VR Market

In the context of these five variables, let us will analyze the effect of hardware sales, ad spending, e-commerce sales, enterprise (ex-hardware), app stores, location-based entertainment, and video on major AR/VR business models.

As individuals and companies look to remain linked throughout the crisis, physical lockdowns may be a plus for AR/VR hardware demand. However, for AR/VR hardware, brick-and-mortar store closures may be a net negative, as mass buyers might not be able to test until they purchase beyond early adopters. For AR/VR headsets, this is arguably a bigger deal than familiar technologies like smartphones, laptops, PCs, and consoles. The long-term behavioral shifts around trying on something in a retail store that is worn on the face are still too early to fully understand.

For AR/VR hardware sales, critical e-commerce distribution constraints can be negative, as it is difficult to argue that AR/VR headsets are essential products. Supply chain instability seems to have had an effect on individual companies' AR/VR hardware supply chains in the short-term, despite other companies appearing to scale up production during the crisis. And while the economic impacts of recession/depression may not have had a negative effect on short-term demand for specific AR/VR hardware sold out in Q1 2020, it is important to track whether, as the year progresses, this becomes a greater factor or not.