How can Modern APIs Benefit from AI? 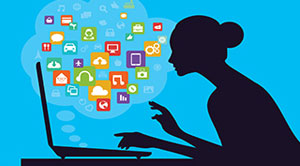 The ability of AI to draw patterns from the past user interactions and behaviors makes it a great match for the modern APIs.

FREMONT, CA: Using Application Programming Interfaces (API) to simplify the applications into smaller components is a common practice for modernizing applications. There are many concepts and technologies involved in modernizing APIs. Often, complex requirements and technologies are beyond the grasp of solution developers. For instance, several linguists and software engineers have put in hours of dedicated efforts to build smart apps such as Siri or Cortana. Most of the developers tend to think that they do not need or can't afford such complex functionalities. However, the current scenario allows a developer to accomplish such tasks without much trouble.

The apps were indeed highly isolated when iOS and Android development were relatively new. However, the system is getting much integrated now. Users don’t expect to travel across various apps in order to reach the one that they want. Apps that require numerous redirection also affects the attention span of the users. Developers are integrating their apps to facilitate navigability and accessibility. According to a report, the average performance speed of most of the apps in accordance with user expectations. Artificial intelligence (AI) can be integrated with the apps resulting in increased efficiency and operational speed. The integration of voice interfaces is also an essential add-on that will place an app in line with current user expectations. The rise of IoT applications, including computers, phones, watches, and TVs, means an increased requirement of a common platform. Such a platform will enable the users to access the various apps representing a unique device without the need to launch the various apps individually.

ct with the apps in natural language. AI can be a key technology that will assist the APIs with speech recognition capabilities. Natural language understanding (NLU) is another major segment where AI can be of immense value.

NLU enables a machine to comprehend a human-understandable phrase. At its simplest level, NLP already allows us to classify or segregate files or documents such as sorting the resume of applicants who meet a particular requirement. However, developers are trying to connect to the APIs at a much deeper level now. Machine learning (ML) can be applied to power this purpose. ML algorithm can be trained to enhance its capabilities using the past search string patterns.

An ML-powered system considers both conversations and real-world contexts in order to engage in complex interactions with the users. Leveraging AI to enhance voice capabilities allow a more profound understanding of what the users are expecting from an app. It can also help to understand what factors are influencing the users based on which a brand can design targeted ads and offers. Further ML-enabled systems will allow the customers to make more sense out of their search results, thereby enabling the brands to engage their customers for long.

With brands focusing more on enhanced user experience with APIs, the competition will be fierce even for the brands that are looking to optimize their apps interface and APIs. However, brands that are investing in integrated voice capabilities will certainly have relatively more loyal customers and a smooth road ahead.