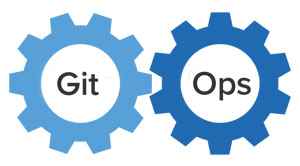 GitOps, which was first introduced by Alexis Richardson at Weaveworks is the combination of few trends in software development, deployment, and operations. GitOps was first introduced to run kubernetes-based infrastructures, but enterprises are exploring ways to develop and deploy software that can be applied by organizations which run its code on its infrastructure with its configurations. The benefits of GitOps technology are as follows:

Single Source of Truth: According to Alexis Richardson, Git is the single source of truth for application code, infrastructure, and configurations for GitOps applications. GitOps allows any user to understand the entire system by looking at Git or any other version control tool of their choice.

Everything as Code: The version control tool keeps all the codes of an application and other code components that applications use like libraries and frameworks. The Git repositories codify the configurations that are stored in databases in YAML files. In many cases infrastructures like virtual servers, Docker images or kubernetes clusters are also defined in codes now.

CI/CD automation: CI/CD processes have been taken over by an automated test, build and deployment tool. The automated process relies on the repository to accurately create the system, which establishes the infrastructure-as-a-code to run the application code according to the configuration-as-code.

The most significant advantage of GitOps is that it allows the developers to work solely on codes by removing all the useless processes. With every change in the system, GitOps application changes the Git repository. Every action on GitOps application is performed by a pull request, which means that there is an audit trail, reversibility, and transparency to the system. GitOps all helps to add consistency to the system as it provides a single control panel for a developer’s workflow.