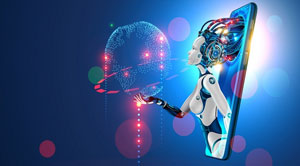 In the age of artificial intelligence, it's becoming increasingly difficult to identify real and fake news.

FREMONT, CA: Have you ever thought why news can be a story but not the other way round? To simply put the matter into perspective, "fact" is the fine line dividing fantasy from reality, and if the fact is colluded or manipulated, then it leads to a myth, which is as good as a fake reality. However, with the growing technological advancements, the method of alterations has reached to a point where obscured illusions are being manipulated in accordance with the story.

Presently,  the emergence of so-called "deepfakes," in which various kinds of AI-based methods are used to alter raw footage, has reached the stage where Congress last month conducted its first session on future technology violations. On the other hand, with the inclusion of artificial intelligence, digging the false news from the sewers of disinformation, propaganda, is becoming very difficult.

Researchers are struggling for alternatives about how to fight deep-fakes, whilst at the same moment, developers are trying to refine the innovative methods for less nefarious reasons, such as automating film industry video material. Even though engineering has suggested using a neural network to develop a form of the digital watermark which can efficiently detect the manipulation of photographs and videos, but the ability to transform makes it even more vulnerable.

The present focus is about how to tackle video and image distortion, academia, while simultaneously fighting an extended trench battle on disinformation. Even though the efforts for attaining a secure and trustworthy news by the developers are enormous, the technology of sorting real and fake is yet to be perfected.

It is not the real news that can be used as a knee-jerk reaction to principle-based data but the fake news that could be intimidating to the article's topic and drawing more readers. In the latest survey, people said that a false report is a more significant issue than homicides, racism, and terrorism. A time will come when building a false reality will cause the human mind to forget the fundamental difference between authentic and made-up. Luckily, many of the linguistic instruments used to determine when individuals are intentionally misleading can be cooked into algorithms to spot fake news.

As deception is a complex and complicated phenomenon requiring brainpower, so the technology used to check fake news should also possess similar characteristics.  Since most of the wrong information is still spread by people with recognizable lying habits, the scientists and researchers are already predicting how machine-produced misinformation can be traced.

With the manufacturing AI-powered platforms, users will enable to detect fake news autonomously. Furthermore, the idea of a creator of disinformation will be most acquainted with their own idiosyncrasies, such as the use of overly prevalent or repetitive phrases, as well as comparable generator eccentricities.

While significant progress is being produced against false news, there are many difficulties in using AI to identify and correct misinformation. Developing various detectors, including deep learning elements and natural language processing, becomes extremely important for transforming times.

At present, there is no single algorithm capable of upright detecting whether specific news is false or authentic. However, with the collection of combined AI-powered indications, users can sort information and misinformation.

With increased evaluation and more contextual cues about the articles read by the users, technology as a technique of simplifying and optimizing has turned out to be a very useful process.  The AI platform monitors papers that are typically discovered in misinformation for hundreds of recognized indices.

How to Detect a Deep fake

The computer collects and monitors hundreds of still pictures of a topic to create a digitally fabricated 3-D model of a person. Even though it seems to be daunting, but the digital illusion makers have their own set of problems. As most of the images have physical similarities, so covering the micro anomalies by the computerized systems becomes highly challenging, hence giving up the act to professionals.

One of the expectations professionals have for beating this sort of material is that individuals are so bombarded with media coverage and data about these kinds of videos that they become far more cautious about what a message means and dig deeper.