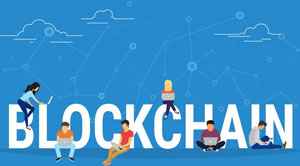 Smartphones are an undeniable part of human existence. The mapping of human identity is carried out through the smartphones people use. These are now on the verge of transformation, all thanks to the incorporation of blockchain technology in the world of phones. Blockchain-based phones, like the other smartphones, find their lineage to the Asia Pacific.

Blockchain-based phones are a stepping stone towards reaching the customers in a new and innovative way. Two major approaches govern blockchain-based phones. The first outlook mainly focuses on assisting the cryptocurrency community. Phones like Finney by the Swiss company Sirin Labs, manufactured by Taiwan’s Foxconn and the Exodus from the Taiwanese company of HTC are instances of blockchain-based phones, especially for cryptocurrency traders. Finney has the provision for a cold-storage wallet for storing Bitcoin, Ethereum, and other digital currencies. The Exodus has native encryption recovery system to assist consumers in retrieving the encryption for their digital wallets, if lost.

The second outlook in creating blockchain-based phones is purely for the general public use. This type of phone has been brought forth by Singapore’s Pundi X which has announced an XPhone. This phone enables the customers to carry out all tasks about a smartphone but does not require any telecom carrier. This provision has been a reason for the growing demand for the XPhone by the conscious security customers, mainly to avoid high-profile hacks and system violations. Blockchain-based phones are ingrained with decentralized applications that run from different nodes, instead of operating from a single device. This is an added advantage that prevents the data from being hacked or broken into. The phones domain specific to cryptocurrency allows the use of applications like CryptoKitties, while the phones like XPhone gives an opportunity for the entrepreneurs to develop their innovative decentralized applications with the help of the transmission protocol FXTP.

The blockchain-based phones can operate efficiently in genres ranging from content to commerce, to social media and every other service provided by phones. These phones are fast emerging and have created an evolutionary shift in technology by delivering safer and better target-oriented devices to facilitate a convenient lifestyle for all, provided the human race is well-equipped in embracing the changing trends of communication.