DevOps with Cloud: What You Should Know 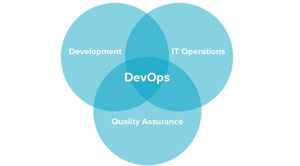 The integration of DevOps is causing massive changes in cloud development. But, are enterprises doing it properly?

Fremont, CA: The cloud technology arena is abuzz with interesting information on how DevOps is streamlining the former. How does the DevOps-cloud combination impact your business?

Both DevOps and Cloud possess individual benefits, but when deployed together, both the technologies proliferate these strengths. Cloud-DevOps combination through its in-built applications and tools enables complete automation. Further, it functions as a centralized platform for simplifying critical processes including production, testing or permanent deployment.

Yet, while combining both, a few mistakes that could be avoided are made often. Here are some of the critical aspects to consider for a technically proficient incorporation of the two.

Both technologies, used in conjunction, is relatively new and not all professionals involved in the process are entirely familiar with the best practices. A detailed training on the two technologies and their applications when featured together will be helpful in tackling the issue.

A lot of enterprises, while trying to integrate applications into cloud, end up moving all of them. Such practices are simply not viable as it would require several changes to accommodate the applications, which costs both money and time. This also calls for major modifications in the cloud infrastructure as some of these could be traditionally based. It is important to decide and adhere to priorities while trying to combine DevOps and cloud.

If the number of services, resources or APIs that are part of the DevOps and cloud integration are not prioritized, there is a possibility that within a year, the entire system would reach a point wherein it would be extremely difficult to manage. To avoid such a possibility, a governance infrastructure should be brought in well before time.

In several cases, security concerns are not fully understood or employed. While combining the two technologies, total security should be extended to the DevOps tools being integrated. Apart from this, the same level of security should continue throughout the automated testing, continuous integration and further deployment.

Application performance concerns during cloud deployments are common due to faults in the application design itself. These errors are often overlooked and end up affecting the overall performance of the DevOps-cloud system. Performance testing should be done as per the need, where the shift from manual testing procedures will acquire faster execution, accurate testing and quality.

In short, Cloud-DevOps combination can shorten and speed up the development process, leading to enhanced agility and reduced operational costs but it is essential to align the right set of technologies with the right processes.