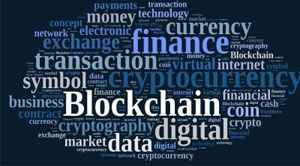 Blockchain technology has garnered massive interest from companies across industries since its inception. It is on the agenda of almost all the team meetings as the customers are demanding blockchain solutions for their applications and services. Although Bitcoins could not achieve the level of success it desired, it has helped a lot to create hype around blockchain technology.

Blockchain, in a nutshell, can be understood as a file to keep track of accounting records. It is a way to structure data with a decentralized digital ledger. The data is stored in blocks with each block having the information of the previous block, a timestamp, and the present data. The data is stored using cryptography, which makes sure that any change in the ledger does not take place without the consensus of the network. Here are a few steps that the companies need to follow for an effective blockchain implementation:

Knowledge of the Technology: Implementing blockchain demands changes to the entire infrastructure of an enterprise. Being a nascent technology, it keeps evolving at a rapid pace. Enterprises need to have a deep understanding of the core concepts of blockchain and distributed ledger technology for an effective and efficient blockchain solution.

Many companies across industries have started to accept that blockchain technology has evolved to become a comprehensive concept to indicate the synthesis of the technologies that make distributed digital ledgers possible.