Common Types of Cybersecurity Threats you cannot Afford to Neglect 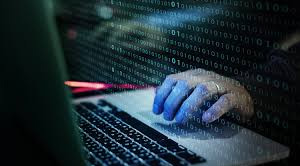 Phishing attacks are very frequent, and they entail sending a large number of bogus emails to unwary individuals while posing as a trusted source.

Malignant persons frequently seek ransom or other forms of financial gain, but attacks can be carried out for a variety of reasons, including political activities.

As a result of the evolution of network-based ransomware worms, attackers may now launch campaigns without the need for human interaction, resulting in an increase in cyber-attacks. A cyber-attack occurs when someone or something tries to break into another person's or organization's information system on purpose and maliciously.

Let us look at some types of cyberattacks:

It's a form of attack in which an attacker inserts themselves in the middle of a two-party transaction. Intercepting transmission allows the attacker to steal and manipulate data. This type of attack takes advantage of a network's security flaws. Insecure public wifi, for example, allows attackers to place themselves between a visitor's device and the network, collecting all information and data about the user. This type of attack is extremely tough to detect.

Phishing attacks are very frequent, and they entail sending a large number of bogus emails to unwary individuals while posing as a trusted source. The fraudulent emails often appear to be legitimate, but they connect the user to a malicious file that is designed to give Cybersecurity threats attackers access to the device in order to control it, gather information, install malicious files, or extract data such as user information, financial information, and so on. Phishing attacks can also happen through direct communications from other users with disguised purposes on social networks and other online forums.