Challenges of Using IoT in Healthcare

Most healthcare organizations do not have network segmentation and IoT access control, so any new system implemented would have global organizational access, especially the lateral movement of sensitive patient information on network channels.

Fremont, CA: In the past few years, the healthcare industry has seen dramatic shifts, especially with the emergence of IoT devices that have developed at a faster pace. Although telemedicine and remote surveillance are currently the key IoT healthcare initiatives, the next step has a broader reach, such as tracking, monitoring, and maintenance of medical equipment and healthcare properties, etc. It has provided an opportunity for cybercriminals seeking to misuse and benefit from system vulnerabilities with the growing market share of IoT devices in the healthcare sector.

The IoT covers a broad variety of components, such as knowledge acquisition, connectivity, sensors, etc. They have an underlying technological debt due to the lack of awareness of cybersecurity risks, which results in compromised medical devices with erratic activity. 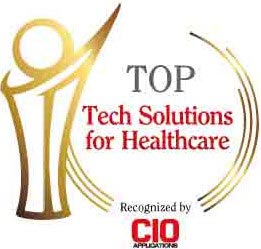 IoT systems collect data in real-time and are a treasure chest for cybercriminals with patient data. Most devices lack a protocol or standard for data, including the use of open-source software. Using personal details  such as medical history and social security number, buying medications or equipment to sell later, or filing a false insurance claim, the data may be misused to produce a fake ID.

Use of Legacy systems

Legacy systems cannot be fixed or upgraded since this clashes with the critical 24/7 provision of patient care. They significantly encourage the work of attackers in establishing IoT security breaches, as these devices are incapable of any new security updates.

Most healthcare organizations do not have network segmentation and IoT access control, so any new system implemented would have global organizational access, especially the lateral movement of sensitive patient information on network channels. The lack of NATing enables an Internet-enabled IoT system with default settings to be discovered.

Security risks because of malicious media being introduced to obtain medical devices' access come under the media jacking category. If the program is accessed, the intruder can change the amount of the injection to potentially cause the patient deadly harm and also steal confidential information.