Can AI Technology Transform the Workplace? 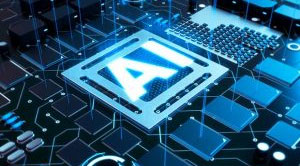 FREMONT, CA – Over the last few years, technology has progressed from solving simple calculations to predicting future events. The processing capacity of computers has increased, as well as the speed. The rapid growth of technology has given rise to automation, robotics, and artificial intelligence (AI), among others. Based on the current trends, it will not be long before AI can completely replicate human behavior.

AI devices are trained using vast bodies of data, such as text, pictures, codified speech, and so on, which enables them to recognize patterns and make predictions. The simple form of AI, also called Robotic Process Automation (RPA), is already being used to streamline back-office tasks such as analyzing and sorting through documents.

However, the functions of AI are limited, since its “intelligence” is based on past data and experience. It has enormous potential, but it is as efficient as the training data used in its algorithms. Even though AI applications are increasing every day, they are limited to repeated and mechanical tasks. Based on current technology, AI will not replace functions that require human creativity and empathy any time soon.

In the competitive world, organizations have to implement labor and cost-effective strategies to stay ahead of their rivals. They need to utilize effective tactics to target the right customers. Also, organizations need to be aware of the products and services that are in most demand in the market. Even though AI can augment the decision-making process and predict the markets, roles such as brand creations and image building require human intuition and creativity.

Even in firms, major decisions involve the allocation of resources. AI can help the firms in processing the vast amount of previous data to predict the potential outcomes; however, its role in forming strategic decisions is limited. Investment decisions require lateral thinking, intuition, and creativity, which the current AI platforms lack. As a result, it is impertinent for managers to have a deep understanding of the capabilities of AI, and also its limitations.

To keep the organizations moving, exclusively human traits such as radical thinking and experimentation have to be fostered and nourished. The implementation of AI should not hinder creativity, but rather enhance it. Hence, organizations need to create collaborative environments for humans and AI to work toward a common goal.