Boosting the Intelligence of Smartphones 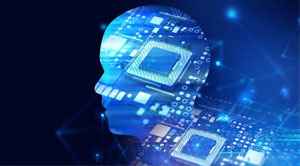 In recent years, AI has been a part of many devices, from smart homes to applications on smartphones. Companies such as Amazon and Google have developed smart home devices that help people to perform their daily tasks with Alexa and Google Assistant.

The most sought-after topic in innovation and research is artificial intelligence. AI leaves its mark on almost all areas of concern, such as finance, medical services, companies and much more. Mobile app development is gaining momentum quickly, and companies look forward to using the power of mobile devices today. Android smartphones have been a milestone in mankind’s evolution.

By default, Google Photos uses AI and machine learning in many Android smartphones to identify human faces or objects in a photo and club with common elements and the same faces in specific folders without user intervention. Allo uses AI and language processing tools to understand how a user talks with friends and an integrated messenger personal assistant. Apple iPhone X uses the AI-based algorithm to unlock the Face ID device. In combination with the elaborate hardware of Apple, the AI system identifies the user face for security.

SwiftKey from Microsoft takes it a step further by using AI to understand the context in what is typed to provide users with more precise text predictions and auto-correction options when typing. It focuses on the writing style and factors of a user throughout the whole sentence, not just a few words.

What makes Google’s smartphones Pixel and Pixel XL unique is the AI assistant included in the software of the phone. It seems like another voice-based personal assistant like Apple’s Siri or Microsoft’s Cortana at the beginning but brings much more to the table. Like the AI in Allo, it creates a virtual image of a user based on his queries, commands, and browser history so that the context in the query can be better understood and suggested better.

HTC has deployed a similar AI tool named Sense Companion on smartphones HTC U Ultra and U Play. It works in similar lines as Google Assistant and uses machine learning to understand the interests and tastes of a user better and to improve the overall phone experience.