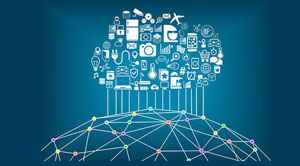 As most IoT networks are generally configured, the data is not considered worthy until it is vetted and scrutinized. Through the centralized gate of security, a hacker can access the security servers and the entire IoT. The prevalent problem with the IoT devices is that a single compromised device can clash a network as a whole. These compromised devices could be misused as bots for deploying DdoS (Distributed Denial-of-Service) attack. The IoT devices are not smart enough to identify whether the data received is genuine or unusual. These are prone to higher targets for security attacks, and however blockchain technology can spot the anomalies and prevent the IoT devices from such threats.

A new-blockchain technology enhancing IoT is still under development. Recently, IBM won a patent for autonomous self-servicing of networked devices which forms a part of its Autonomous Decentralized Peer-To-Peer Telemetry (ADEPT) environment, awarded by the U.S. Patent And Trademark Office (USPTO). This technology functions by storing the data in a distributed ledger which is immutable and cannot be edited at any cost and ensures the credibility of data within the network. IBM is diversifying its involvement in blockchain related fields, which could harness the automation to tackle privacy and security concerns for drones.

The decentralized approach of blockchain improves the trust between the IoT devices, ensures the tracking of all devices, and builds a resilient system that is less prone to the security threats which remains safe from interception. Self-servicing devices can diagnose and automate issues like predicting equipment failure and anticipating the service needs, thus boosting the efficiency of a decentralized system.

Blockchain-enabled IoT deployment can improve the overall system health and integrity by facilitating the device to register and validate itself against the network. Implementation of the blockchain model in an IoT network can solve a host of real-world digital business issues like analytical model tracking, secure software updates, and automated payments. Applying blockchain technology to IoT is not a cure-all. Its current functioning performance and scalability limitations are incompatible with many IoT functions. A new version of the blockchain platform involved in an IoT deployment is required with capabilities that can extend beyond today’s regular models. What comes next is a hybrid or polyglot architecture with customized frameworks that utilize blockchain differently at IoT’s edge. Blockchain is not at all an answer to everything that ails IoT; instead, it can play a crucial role in solving a few serious issues. It's not that blockchain doesn’t save IoT, but it can indeed improve IoT.