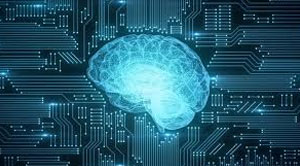 AI is at its peak and is bringing about a change in the industries, enabling them to step into a much more advanced world.

FREMONT, CA: According to a study, 82 percent of companies that have already invested in AI have gained an immense financial return on their investment. AI is transforming day-to-day business operations in a way seen during previous industrial revolutions. It is the new technological frontier over which companies and countries are vying for AI uses in data science and algorithms to automate, optimize, and find value hidden from the human eye. AI is the rage now, which is in a continuous state of evolution. Several AI trends are shaping industries.

Deep learning-based algorithms like artificial neural networks working by modeling the human brain function and structure. According to research, Machine Learning (ML) has been demand for a long time; however, jobs, including deep learning, have risen 35 fold between 2015 and 2017. Numerous areas of Artificial intelligence application and technologies like computer vision, autonomous vehicles, and automatic text generation, and so on are the fields where deep learning use is at its peak.

Facial recognition is a form of artificial intelligence application that helps in identifying a person using their digital image or patterns of their facial features. Despite having a great deal of negative press, this technology is regarded as the AI applications future due to its gigantic popularity. These next-generation image recognition technologies can be used for healthcare purpose as well to follow through clinical trials as well as medical diagnostic procedures.

Even the highly-advanced CPU may not advance the speed of training an AI model. During the inference, the model needs additional hardware to perform mathematical computations to speed up tasks such as object detection and facial recognition. Future artificial intelligence applications from the automobile and healthcare industries will include sophisticated banks on these chips to provide intelligence to end-users. In a nutshell, AI-enabled chips turn out as the current trend in artificial intelligence.

Many technology experts postulate that the future of AI and machine learning is certain. This is where the world is headed. Modern applications and infrastructure are generation log data that is captured for indexing, searching. The massive data sets obtained from the hardware, operating systems, server software, and application software can be aggregated and correlated to find insights and patterns.