API is an abbreviation for Application Programming Interface, which is defined as a system of tools and resources in an operating system that allows developers to create software applications. More broadly, it can be thought of as a set of functions that allow one to use a programming language to access the services of an application.

Fremont, CA: APIs are critical components of Digital Transformation. They appear to be simple lines of code, but they extend beyond the programming language. APIs facilitate communication between applications, allow developers to avoid writing code from scratch, and enable the creation of new digital services. This is exactly what is required for businesses that want to accelerate Digital Transformation and understand the importance of software in business innovation, particularly in big data, AI, and IoT projects. (Internet of Things).

We can look at the more than 14 thousand public APIs used by various services and software to understand how and why APIs play a strategic role in supporting digital transformation. Aside from Facebook, the most well-known APIs are those provided by Twitter, eBay, Google, and Amazon. Google Maps, for example, allows the developer community to create customized maps, integrate them into websites and provide geo-referenced search services, or even use them in mobile apps.

What is an API? 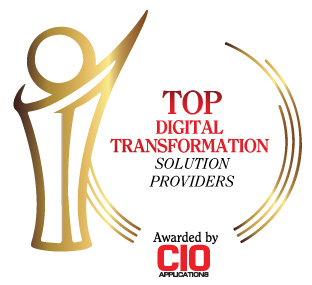 API is an abbreviation for Application Programming Interface, which is defined as a system of tools and resources in an operating system that allows developers to create software applications. More broadly, it can be thought of as a set of functions that allow one to use a programming language to access the services of an application. However, these functions can differ: An API is a library that allows a developer to interact with a specific piece of software or platform. Otherwise, it can function as a "call" from one program to parts of another. APIs allow communication between applications or software, and they are a versatile and efficient tool for data exchange as well as functionality sharing. They reduce development time and cost while also lowering the risk of errors.

A Web API for either a web server or a web browser is an example. When one navigates to a website in one's browser, such as "Twitter.com," a data request is sent to Twitter's remote server. Twitter is displayed once one's browser receives the data and processes the code response. In this case, Twitter's server is the API that allowed communication and enabled one to access the web page.

What Features are Crucial to Make a Good API?

A good API should allow us to search for data based on specific criteria and detect changes in data based on specific timestamps. It should also be able to practice paging and sorting. Paging means limiting the amount of data that can be received at one time, as well as the frequency with which data requests are made. Sorting allows data to be ordered based on the time it was modified. REST API (Representational State Transfer) is recommended as a software architecture for a Web API because it supports many data formats such as TXT, XML, CSV, and JSON. It is preferable to an Open Authorization framework to granting access to the framework via an API key (OAuth). It allows third-party services, such as Facebook and Google, to use an end user's account information without exposing the user's account credentials to a third party. Furthermore, providing reliable documentation has strategic value because it is one of the elements that reduce project implementation time and thus project costs. Furthermore, proper documentation increases the popularity of an API.