AI as an ArtificalCopto Identify Fake Insurance and Robbery Claims 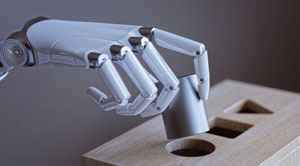 Artificial Intelligence (AI) now enables organizations to find and detects fake claims. Researchers from the Charles III University of Madrid and Cardiff University have introduced a system called dubbed VeriPol which is a machine learning system to identify false or fake statements through automatic text analysis. It can assure about 80 percent of accuracy in finding fake robbery reports.

For insurance purposes, AI can be used as a medium to find out a fake claim without the need of a policeman. In Spain, the law enforcement organizations have adopted AI technologies to expose fake and theft claims. But it is difficult to prove a suspicious statement as fake due to the fact that the law enforcement staffs and budgets are often strained.

AI tools analyze written statements by recognizing the patterns which are most probably associated with the fake statements, like items allegedly stolen, “finer points” of an incident, and the descriptions of supposed attackers. VeriPol leverages natural language processing which is a component of machine learning that enables AI systems to understand, analyze, and interpret the natural human language. In the system, algorithms are used to analyze and decode the language by understanding the historical police reports which are already fed into to the system. VariPol often defers people from the general public from filing fake statements in the first place. It also helps to save both time and money by deleting unwanted processes that were performed previously.

Today, VeriPol has become a widely used technology in most of the law enforcement agencies in Spain. The Spanish National Police recently launched a VeriPol system to scrutinize more than thousands of police reports, and the system was able to detect fake statements eight out of ten times.

The VariPol system enables the policemen to understand and find who and how people lie to the police. This technology can be considered as an artificial policeman who doesn’t need any payment and doesn’t spend much time investigating. As the insurance industry faces a lot of challenges in being able to deploy technology platforms to overcome such claim challenges, AI has become a savior to help them conveniently overcome those barriers and at a faster pace.