Advantages of Implementing Blockchain Technology in Your Business 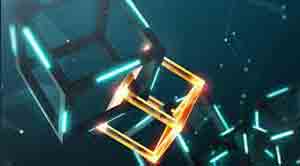 FREMONT, CA: Blockchain technology has evolved tremendously ever since the debut of Bitcoin in 2008, the first decentralized peer-to-peer digital currency. Innovators in a range of fields recognize Bitcoin's technology. From healthcare to finance, several businesses are looking for ways to integrate blockchain into their infrastructures.

under their decentralized and trustless nature.

The notion that such transaction log for public addresses on the blockchain is open to sight is its most distinguishing feature. It adds an unparalleled layer of responsibility to financial systems and organizations, making each corporation's component accountable to behave with authenticity in the company's growth, community, and customers.

Blockchain eliminates the need for mediators in several operations, like payments and real estate, due to its decentralized nature. For example, by facilitating P2P cross-border payments with a digital currency, blockchain allows for speedier transactions than traditional financial institutions.In addition, a standardized system of ownership records and smart contracts which streamline tenant-landlord agreements make property management production more effective.

Since every new transaction gets encrypted and connected to the initial transaction, blockchain is considered highly reliable than traditional record-keeping methods. As the name implies, blockchain gets created by only a computer network joining together to authenticate a 'block,' which then is put to a database, forming a 'chain.'

Blockchain is known as a complex string of algebraic numbers that cannot be changed when created. Therefore, blockchain is resistant to manipulation and hacking because of its immutable and transparent nature. Furthermore, due to its decentralized nature, it has the remarkable virtue of being 'trustless,' meaning that parties do not have to trust one another to transact securely.

Every time a transaction of products gets registered on a Blockchain, an audit trail is available to identify where goods came from, thanks to the blockchain ledger. It can also improve transaction firms to increase security and fraud prevention and check the integrity of traded assets.In fields like pharmaceuticals, it's beneficial to track the supply chain from manufacturer to dealer or provide irrefutable confirmation of ownership in the art sector.