5 Sectors where Blockchain Technology can Invade 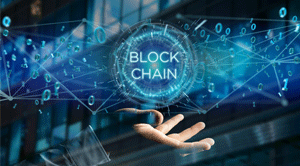 The use cases of blockchain technology seen beyond its original functions in various industries are noted in the article. Can blockchain fulfill all of its allotted functions?

FREMONT, CA: A popular study by Coinmarket cap analysts suggests that Bitcoin will be worth $1 trillion in the market by 2020. However, forward-thinking people have reported that the value of blockchain can be seen beyond the original application of the technology. A list of industries in which blockchain technologies can be applied are:

Blockchain can legitimize small businesses to prove their worthiness over e-commerce websites. Encrypted digital currency is more secure than credit cards, and it is a very flexible payment tool. Blockchain’s distributed ledger can protect consumer rights recorded on the blockchain without it being tampered.

Bitcoin is a digital currency formed from blockchain technology. It can be transferred from one point to any other point in the world in less than an hour without the use of any third party organization. It is decentralized, and it cannot be carried out without the permission of a centralized organization. It is transparent, and all the transaction records are public via a distributed ledger technology.

The enterprises and agencies have implemented the technology to securely record and verify inventories, monitor resources, and redistribute assets while promoting the sharing economy. Blockchain can contribute to the conditions that promote equality and prosperity by encouraging sharing economies.

Blockchain is applied in the video gaming industry as a payment mechanism and a gateway for making in-game purchases. Bitcoin transactional technology can be utilized to create a personalized account and handle all the in-game transactions conducted. Blockchain is also used for transactions of rewards obtained in the game as a backbone function.

Scientists have a hope that commute times, vehicle emissions, and traffic congestion can be tackled with the use of blockchain and IoT in public services like street signs and traffic lights. The blockchain technology also possesses the potential to provide a solution for convenience problems like vehicle parking charges, traffic ticket payment, and accident supervision.