In making well founded blockchains and the value they bring to enterprises, it’s important to understand the difference between their architectures. More and more enterprises are finding it difficult to navigate through the deep sea of blockchain solutions that best suit their needs. Blockchain architectures need well founded assessments, including but not limited to market research and analysis of the token sales ecosystem.

MLG Blockchain Consulting is helping enterprises navigate through this fast-moving industry by educating them on the similarities and differences between blockchain architectures available. Education is among one of the most essential components to successfully implementing blockchain architectures and add value to enterprise business operations. What follows is the ability to recruit top talent, tokenomics or cryptography, institutional adoption and regulation.

During this journey, MLG Blockchain assesses the needs of their client, and recommends which core functionality and characteristics they should look to implement. MLG is familiar with the following blockchain architectures: Bitcoin Blockchain, Ethereum, Hyperledger, Ripple, Factom, and Eris.

Tokenomics is another major focus for which MLG provides blockchain consulting services. For initial coin offerings (ICOs), the MLG team consults their partners on the following:

“The MLG team is capable of entering the client’s token sale process at any point to complete it successfully,” states Michael.

A typical engagement process for a token sale is three months, and comprises three phases. In the first phase, the MLG team conducts a market research on the client and the project. Within two weeks the team designs the execution calendars to be reviewed and approved by the client. Once there is an official sign-off, MLG onboards the client and appoints the respective directors to specific lines of business.

The second phase usually lasts about a month. MLG Blockchain activates a client awareness campaign with educational content, increasing the socials and traffic.

The last phase focuses strictly on the ICO sale. As the sales funnel are in place and running, MLG undertakes compliant airdrops to raise capital, awareness, and popularity.

MLG Blockchain has helped several notable partners increase their community members globally. Some use cases demonstrate a growth of two to five digits within just a few weeks.

What are MLG Blockchain’s Next Steps?

“We’re starting an incubator this summer and an accelerator to help students get their companies off the ground,” says Michael and adds, “We partnered with the government of Kerala in India on the Kerala blockchain academy to help train thousands of blockchain developers.” 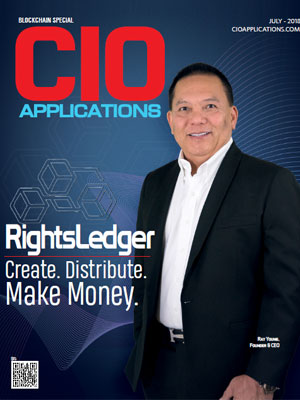