Charles Kendrick, CTO
The rapid adoption of the low-code methodology promises improved productivity and performance, but enterprises must carefully choose the right platform and vendor to realize these benefits. While analysts like Forrester have pointed out a 90 percent productivity gain with the low-code approach, the lack of flexibility in some platforms limits its usefulness and poses serious business risks.

Pricing is also a significant concern with low-code platforms. With some low-code vendors, a minor change to business applications can kick clients into the more expensive “enterprise” tier. That’s where Isomorphic Software’s Reify is making a difference. Its pricing for managed deployments is not based on the number of users but on actual usage, and that’s why its pricing stays reasonable despite radical shifts in customer requirements.

Many low-code platforms require deployment on the vendor’s servers, but for businesses in highly regulated industries, this is often impossible, because HIPAA, DFARS and other regulations disallow it.

Businesses are not limited to deploying to just Isomorphic Software’s servers with Reify; they can deploy wherever they like, on their cloud servers or local on-premises servers. Whatever clients build in Reify is theirs, so they can export and use it elsewhere, and the company doesn’t charge them. Offering a complete behind-the-firewall solution, Reify ensures data and designs never leave clients’ networks. Reify also allows an application to be exported and deployed to any system, helping developers retain complete control.

Having worked with numerous clients, team Isomorphic Software realized most low-code tools could only be used for brand-new applications with relatively simple requirements. These other platforms offer limited possibilities for screen layout, and integrating with other technologies can be so complex the benefits of low-code are lost.

“We have ended up working with a lot of customers who were able to build version 1.0 of their app in someone else’s low-code platform, but when requirements got more complicated, they found that their chosen platform wasn’t capable enough.” says Lee Russell, technical sales director at Isomorphic Software. “That can’t happen with Reify, because Reify allows you to switch over to classic, IDE-driven development whenever you need to, for whichever parts of your application require it.”

A brand new offering, but with a track record 20 years long

Most low-code platforms share a common backstory: a vendor created a tool that could be used to build certain very simple applications, then, as that vendor acquired customers, extension points were added to handle those customers’ specific needs. This has resulted in some frustration among low-code early adopters: sometimes, there is an extension point right where it is needed, but other times, a seemingly obvious extension point just isn’t there. It’s missing because that particular low-code vendor has not yet encountered a customer that needed that specific capability.

Because of where Reify came from, it doesn’t have this problem. Unique among low-code platforms, Reify was built in a completely different way. “We first built a general-purpose platform, and we spent 20 years proving its effectiveness and versatility.” explains Kendrick. “Then, we added Reify as a more visual, more collaborative way of using that powerful underlying platform.”

Developers can code directly to the underlying platform, or can build things visually within Reify, and both approaches can be combined within the same project. This is more important than it may seem: it means that the low-code approach can now be used on any project, not just the simpler applications that have been the primary focus of low-code so far.

Reify can also be used to incrementally update a legacy application, which is an entirely new use case for low-code. When low-code vendors talk about application modernization, they generally mean: we’ll replace the whole thing. Reify can of course be used that way, but, Reify also provides the capability to insert new screens into existing apps, as well as to replace existing ones. So long as the legacy application runs in a browser, this can be done; Reify is agnostic as to the server technology involved.

“Build the real thing and ignore the noise.” is the simple strategy that got Isomorphic Software to this point

As far as Reify’s impact on the industry, while it may be starry-eyed optimism, Kendrick sees a significant change coming. “I think with Reify, we have created something truly new. We have found a way to combine visual development with classic IDE-based development, and it actually works: it’s a very effective and efficient process”. If Kendrick is right, the industry will be forever changed.

Notes on the future

The next version of Reify, due to launch before year-end, will feature a range of Starter Apps, which serve a dual purpose: they show off what can be built with Reify, and they also teach users how to build more sophisticated applications.

We’ve had a preview of these Starter Apps, and they offer a range of functionality that we did not expect in a low-code platform. One Starter App features a dashboard displaying various dynamically calculated aggregates; another features a complex, multi-stage validation scenario that didn’t seem like something you could build in a visual tool. But we were shown how it was done, and it did make sense - a savvy “Business Analyst” could have built it, which is really the whole purpose of the low-code movement.

The overall point of this release is learning: Reify has a large and ever-increasing set of interactive tutorials, allowing designers to swiftly learn the tool. This set of tutorials has been greatly expanded in the new release, even aside from the Starter Apps, which are an additional source of knowledge.

As far as the next, next release (due out in 2023), Kendrick was borderline cryptic: “We want to make it ridiculously easy to extend things with Reify. The plan is basically to make citizen developers unstoppable.”

We’re not entirely sure what Kendrick has in mind here, but, one thing is clear: this is a company to watch. 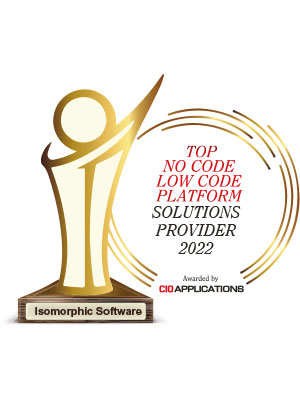 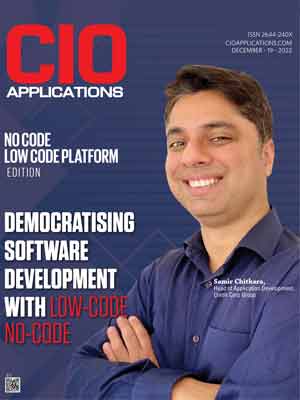