John Younger, CEO
Founded in 2015, HireMojo is a hiring automation platform that simplifies recruiting for enterprises. In a recent interview with John Younger, CEO of HireMojo, we discuss how the platform’s RecruiterBot® named “Mo” makes hiring so easy, that almost anyone can now fill jobs without the need for contracts with any other vendors, tools or resources. Using historical data, real-time performance analytics, direct candidate outreach and promotion to most of the premium resources included, Mo finds, screens and ranks recruits that best match the job.

Artificial Intelligence (AI) is taking center stage to identify jobs for people and people for jobs. More systems are analyzing inherent attributes of each person, both personally and professionally. Data sources include an online resume, LinkedIn profile, Facebook profile, Twitter feeds and even the other jobs where that person applied. This trend is likely to get a little creepy as some technologies also seek to track a user’s location and certain actions done on a mobile phone, like making comments on social media and photo sharing. Based on this information, connections between the person and the job and the person can be estimated.

The second trend we are seeing is that people and companies are caring less about the ownership of information, which is fascinating. If I apply for a job at one company, most of the recruiting software platforms are now sharing my information with many other companies that are willing to pay for that access. My information may also be sold to schools, credit card companies and other organizations unrelated to hiring. It is an exciting and terrifying trend because of the lack of privacy and security for each individual.

The third trend is that the use of recruiters and recruiting agencies continues to grow, which surprises me. With all this technology, AI, job aggregation, automation and insight, why are recruiting agencies still growing at over three percent year-over-year?

Challenges in the industry:

Humans are involved. This introduces variables that are nearly impossible to predict. For example, understanding the core problems the person in this job needs to solve, the optimal personality traits to fit well with the manager and team might be different over time based on the projects, company priorities and changes in staff.

If you do not know what you're looking for with enough detail, where this person might be found and how to quantitatively measure that you have a excellent performer, finding and attracting the right person can be difficult.

Another challenge that many companies face is that the people doing the recruiting work are bombarded with various tools on a weekly basis, and rarely reference the success signature of similar jobs previously filled.

If I am the recruiter, how do I know what tools to use and where to find the best possible person? Do I use Google, LinkedIn, Indeed, Craigslist or another technology-de-jour?

There are a dizzying array of options. As someone responsible for filling the job, it gets tough to navigate the sea of tools when the budget is limited and often committed before I even start.

How does HireMojo address these challenges?

HireMojo is a hiring automation platform with a RecruiterBot® named “Mo”.

As an executive and hiring manager, I’m delighted to have a technology that makes hiring easy and eliminates the need to have multiple vendor contracts or complexity

At Mo’s core, there is AI that learns with every job. Included is knowledge about how previous jobs like the new one got filled, where the people who got hired came from, how many hours it took to find the person, which questions were most valuable in the screening process and how to dynamically adjust the effort based on results. As it turns out, there is a digital signature to finding top performers for almost any job. All of that information is available at the click of a button with Mo.

To simplify the question about where the right people might be found, HireMojo incorporates nearly all possible candidate sources including free boards, premium paid boards, PPC campaigns, direct sourcing and many others. HireMojo buys in bulk and includes them at no charge, which means the end-user does not have to think about a specific buy decision for each site. If and when there are new technologies that work, they are integrated to make the process of hiring easier for the company.

When it comes to treating each applicant like a potential customer, shareholder (if a public company), future hire and brand advocate, Mo drives the entire recruiting process with care and respect. As decisions are made within the platform, each person receives follow-up and closure, regardless of the outcome. Because Mo is doing so much of the grunt work, the recruiter or the hiring manager can focus on conducting the final interviews, making decisions and on-boarding.

We believe that every job is as unique as the hiring manager, company, team and the geography to which it reports. So, what HireMojo has solved is mass customization, aggressive outreach to find the right candidate even if that person may not be looking for a new job, and the easiest way possible for almost anyone to fill jobs, regardless of their experience.

Can you provide a case study that highlights the usability of your solution?

A company had several locations across the US and needed to hire people for each of those locations. They had a high turn-over rate and were spending large amounts of money trying to meet their hiring needs. They deployed the platform and Mo, the RecruiterBot®, across all the different locations. All sites were up and running within eight days. Each location had its own 'careers' page, unique to that geography, which rolled into the corporate careers page. All users in each location were able to use the most efficient job description and interview questions, and launch the effort locally. Mo discovered that there were certain personality traits consistent among the company’s top performers, and those traits were expressed in the job’s description (love letter) and initial screening questions. Each job was promoted with a much broader and deeper outreach than the company had ever used, including aggressive direct candidate outreach and greater promotion among the employees in the area. Predictably, the quality of the applicants and hires increased measurably. The turnover went down as well because the emotional triggers included in the description were more accurate and compelling to the right people. As a result, they had more applicants of the right kind of people who stayed significantly longer. The turn-over was around four months on average before HireMojo. After using HireMojo, retention increased to over a year and a half, which dramatically improved the economics of their business.

Mo is the first RecruiterBot® with a simple mission, make hiring easy for everyone. When I look at the increase in the total number of hires as a result of HireMojo, I know we are making a positive impact. We are on a social mission, which will ultimately help people be happier because they are in the right jobs, and companies be more successful because they have a highly productive team. We continually evolve our platform, we have weekly releases and iterate fast. For this year, we will likely double the size of the business. 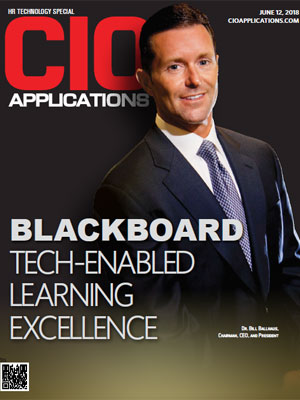