BizTBaa: The Right CPQ for Every Business

Gopal Jawaharlal, Director-Enterprise Solutions
The Configure Price Quote (CPQ) market today is inundated with various applications that promise the best for their users. Often, these applications do deliver on most of the features they promise but nonetheless are either over-engineered and too complicated or are based on old technology with an outdated concept. This, in turn, affects the efficiency with which they can fulfill the requirements and business objectives of enterprises. BizTBaa having its offices in US and Canada, offers a CPQ application that is built on the premise of a complete and comprehensive product which can enable enterprises to efficiently and accurately provide quotations for complex configured products in much shorter time frames.

When the founders of the company looked at the CPQ market three years ago, they found that only a few players catered to large enterprises; they were extremely clunky and complex to work with and their solutions hard to set up. The other pain point was maintenance—the tools being as rigid as they were, took months to resolve any issue and sometimes the issues even went unaddressed. These glaring gaps were what inspired BizTBaa to design its OneCPQ application. The goal was to provide a tool that was affordable, could be self-managed by small businesses and could cater to a myriad of industry verticals. “When your tool can address small businesses that operate in a niche, there is no limitation foreseen for medium and large enterprises.

Built natively on Salesforce, OneCPQ leverages this popular platform’s security, familiarity, and the support it offers to its large customer base

OneCPQ’s highly responsive configurator rule engine works for any industry as it efficiently integrates all the complex rules and constraints that enterprises may have. Its drag-and-drop template gives businesses the ability to provide quotations, proposals, and other relevant documents in their own specific way. BizTBaa constantly works towards bringing technical and functional updates to its application through agile methodology. The firm uses fixed schedules of two to six weeks when delivering new features that drive greater business value.

Built natively on Salesforce, OneCPQ leverages this popular platform’s security, familiarity, and the support it offers to its large customer base. Salesforce’s ‘No Software’ concept is what drew BizTBaa to it in the beginning, and the platform helped the firm reduce coding time, while also negating any infrastructure overheads. A single database, ease of administration, better security, and universal policies only added to the guaranteed performance of the Salesforce infrastructure. OneCPQ’s refined, robust, and simple user interface helps customers supercharge their enterprises, maximizing their ROI. From configuration to quotation generation, everything happens within the Salesforce platform.

A home/office furnishings distributor was looking to expand his business, who after migrating to Salesforce observed that no CPQ app could meet its requirements. Being a small business with a vast range of products, generating a single quotation for a prospective buyer was a laborious process that took up to a week to complete. The OneCPQ application, with its question and answer based UI and robust system engine, helped the distributor transform his business processes. By feeding information sequentially and displaying different products on-the-fly, OneCPQ also gives suggestions for compatible products, after which, the quotation is automatically sent to the buyer via email. The distributor now sends out, around 10 to 15 quotations a day instead of two to three a week.

BizTBaa is committed to implementing its OneCPQ technology in other areas such as Artificial Intelligence, Machine Learning, and the Internet of Things. It plans to cater to a wider non-Salesforce customer base as well. 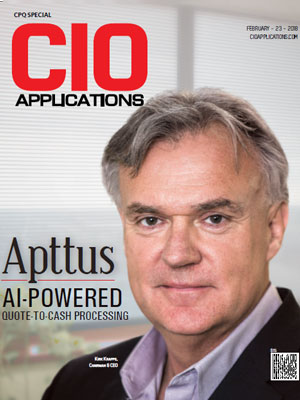