Enterprises are leveraging multiple clouds given its many advantages. Although the basics of networking have not changed, the market needs an easy to use tool that was built from the ground up for the cloud and offer much required security, privacy, flexibility and agility of IT. “We started the company to enable enterprises to easily extend corporate networks to the public cloud environment without touching the existing network infrastructure, reducing deployment time from weeks to minutes,” extols Steven Mih, CEO of Aviatrix. The Santa Clara, CA-based company offers an end-to-end cloud networking solution, which is highly flexible, policy-driven and secure. “At Aviatrix, we believe that the cloud network should be as dynamic, scalable, and disposable as compute and storage. Installing repurposed virtualized versions from traditional network equipment vendors in the cloud is not the answer.”

The Aviatrix Cloud Native Networking System consists of the Aviatrix Controller, a web portal based controller, and one or more Aviatrix Gateways deployed in public clouds or on-premises. The controller is the central point of configuration, orchestration, and monitoring for all functions and cloud services. The gateway manages each VPC (Virtual Private Cloud) and performs encryption/ decryption, packet forwarding, policy enforcements, and logging functions. The VPC acts as a virtual network, typically dedicated to the users’ AWS account, and it is logically isolated from other virtual networks in the AWS cloud.

Aviatrix networking completes the networking picture for AWS. AWS provides IaaS level connectivity with isolation within one region and our integrated solution provides the full end-to-end networking across regions on top of the IaaS level that AWS has

The scale out and Geo aware OpenVPN feature enables dynamic scalability and low latency access to the closest regional cloud.

Aviatrix offers multi-region peering in AWS as well as multi-cloud peering across clouds. Customers can set up VPCs with policies to isolate software development, test, and production server environments. It only takes Enterprise IT three clicks to build an encrypted tunnel. In addition, the platform offers a unique, simple, and secure solution to provide encryption over AWS Direct Connect. “This has been very important for enterprises that have data privacy requirements,” says Mih.

The systems’ key differentiating factor is that it is built for the cloud and is seamlessly integrated and leveraging AWS’ native services, from DNS, load-balancing, to storage. “We are focused on providing simplified and secure solutions for IT to deliver efficient connectivity and visibility. Customers love our topology maps of their cloud network which simply isn’t available from instance-based virtualized routers,” says Mih.

Aviatrix is being widely used by SaaS companies as well as organizations from retail, gaming, and hospitality industries. In one instance, GREE, a social mobile gaming company, ran into a tight situation where it had to migrate from EC2 to VPC but lacked the expertise to achieve their goal; new game launches were at stake. They took Aviatrix on board which provided them secure remote access direct to the cloud, setting up secured networks and tunnels to peer VPCs. 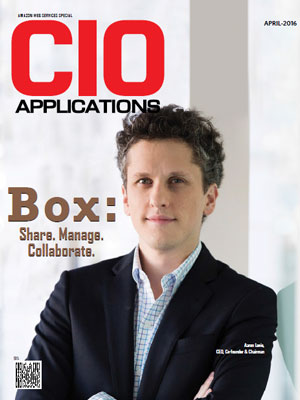