Jim Chirico, President and CEO
It is indeed wonderful to see how Avaya has turned the corner from its days as a premise-based unified communications powerhouse. The company’s software and services hit an “all-time high” in its most recent quarter as cloud and recurring revenue continue to trend upward.

Software and services sales climbed during the company’s second fiscal quarter and now accounts for 90 percent of the company’s revenue, up from 88 percent year over year, Jim Chirico, president and CEO of Avaya, says, “Clearly, we’re a software and services company. Avaya’s goal is to get that percentage up to the mid-90’s and grow its recurring revenue to account for more than 70 percent of its business.” The company’s cloud and recurring revenue growth is indicative of the structural investments Avaya has been making over the last few years, which are starting to “reshape” the company’s revenue portfolio. “Knowing we have this continuous revenue stream coming in -- in fairness, that’s [helped] in getting us through not only the last 15 months or so with COVID-19, but also, the amount of dollars it takes to transition your company to cloud. Being profitable is extremely important and having that continuous revenue stream goes a long way,” mentions Chirico.

Revamping and Staying Attuned to the Market

Once a premise-based unified communications (UC) giant, Avaya has spent the last three years bouncing back from bankruptcy and moving full-speed ahead into the cloud. Today, the Durham, N.C.-based provider is flexing its muscles with a full portfolio of hybrid UC offerings, video, contact center as a service (CCaaS) and Communications platform as a Service (CPaaS) solutions that are all catching on with customers with the help of Avaya’s robust channel ecosystem.

In fact, Avaya’s Cloud, Alliance Partner and Subscription (CAPS) revenue grew every quarter of 2020 and continued to tick up during fiscal Q1, which the company reported earlier this month. CAPS revenue now accounts for 34 percent of Avaya’s total revenue compared to 18 percent in the first quarter of fiscal 2020. Avaya expects Cloud, Alliance Partner and Subscription to represent between 35 and 40 percent of Avaya’s total revenue in fiscal 2021, which means plenty of room for opportunity for channel partners.

Avaya in December revamped its channel structure and strategy to line up with its cloud goals. To that end, the company promoted Dennis Kozak, former senior vice president of business transformation, to lead Avaya’s global channel efforts as the company’s first global channel chief in years.

A couple of years ago we really did position our portfolio to more of a cloud consumption, recurring revenue, AI-oriented technology portfolio and we did that when these were emerging technologies. Now with the pandemic, they’re front and center

Steven Spears was hired as Avaya’s first chief revenue office to handle global sales, and Mike Coleman, Samsung’s former mobility channel chief, also joined to lead Avaya’s North American channel efforts. “We needed to make sure that structurally, we had the infrastructure to go sell new. We needed to make sure we had a focused, concentrated plan, because we could ill afford to have people not aligned and miscommunicating. There’s no better way to do that than to name a head of global channels so you have the pilot of the plane, if you will, driving and directing,” states Chirico.

Chirico called CAPS a “proxy” for new and emerging, high profit solutions for the company and the segment is seeing great adoption, he added. The company’s recurring revenue accounted for 66 percent of the mix, up from 64 percent a year ago, and Avaya’s partners have been critical in driving that uptick, Chirico said. The work-from-anywhere trend, which isn’t going away, is driving new opportunities for Avaya.

“A couple of years ago we really did position our portfolio to more of a cloud consumption, recurring revenue, AI-oriented technology portfolio and we did that when these were emerging technologies. Now with the pandemic, they’re front and center,” he informs. “We’re more than poised to take advantage of this opportunity for the foreseeable future.”

Avaya in 2020 started to see a big change within its cloud annual recurring revenue metric, OneCloud ARR, which was up 31 percent sequentially during its fiscal 2021 second quarter, to $344 million. OneCloud ARR includes Avaya’s OneCloud subscription, Avaya Cloud Office, its Communications-Platform-as-a-Service (CPaaS), Device as a Service, and the company’s private cloud offering that gives enterprises a hybrid communications option. The second fiscal quarter, which ended March 31, marked the fourth consecutive quarter that had more than 100 deals worth over $1 million, with 16 of those deals worth more than $5 million. Avaya is also stealing mindshare, having added 1,500 customers -- many of which are competitive displacements -- for the third consecutive quarter.

Contact center, another growing part of Avaya’s business, made up 60 percent of Avaya’s recurring revenue during the most recent quarter. Chirico called contact center “a great opportunity with great growth potential” for partners for both private cloud and public cloud options.

An Eye on the Future

To better align growth assets with this opportunity, Chirico had to reorganize Avaya’s approach to commercial operations. He views people as Avaya’s biggest growth asset.

“One of the things we did to make our revenue team more successful was to bring in a Chief Revenue Officer (CRO), Stephen Spears, to create a single point of authority over that entire go to market organization on a global scale. Stephen is the accountable party for marketing, sales, delivery, customer success, professional services, and all the channel partners that support our organization. These are hard line reports,” says Chirico.

Another important aspect of getting sales, marketing, services, and customer success to work as one revenue team was to align incentives around a common set of strategic growth goals. “Aligning our incentives and KPIs with our overall objectives is extremely important to achieving our growth goals, especially as we move from a product company to a SaaS / cloud company,” states Chirico. ”It is important to make sure that those incentives are driving the right outcomes and behaviors and drive accountability through the process as well. For the last four years we have spent a lot of time on incentive management as a senior leadership team.”

“We want our entire revenue team aligned around common goals, regardless of whether they are quota carrying, non-quota carrying or leadership,” according to Chirico. “Our quota carrying reps are obviously incented by revenue. Here we focus them on driving new cloud revenues, selling new solutions and penetrating new markets. For the non-quota carrying employees in both sales and marketing we have a bonus structure that is built on the same metrics. And I am also paid on the same incentives as the employees. We are all in it together. One Revenue team. And I think that level of common purpose is extremely important, and it is a rallying cry for all of us.”

“I think there‘s still a huge opportunity for our partners to sell ACO [Avaya Cloud Office] on the UC side. On the contact center side, we just announced in July that we are continuing to build out our CCaaS [contact center-as-a-service] offer. Now we have digital channels. This quarter we’ll bring edge-based routing and analytics. We‘re working with partners now to get them up to speed to sell our CCaaS solution. Now you won’t need to go with ACO and someone else, it’s one package. We think that’s a huge opportunity for channel partners,” concludes Chirico. 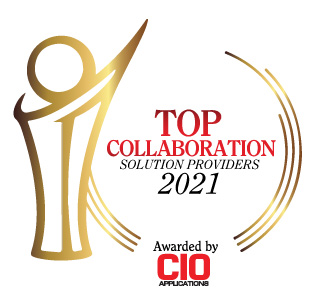 Description
Businesses are built by the experiences they provide, and every day millions of those experiences are delivered by Avaya. The company is shaping what's next for the future of work, with innovation and partnerships that deliver game-changing business benefits. The company’s cloud communications solutions and multi-cloud application ecosystem power personalized, intelligent, and effortless customer and employee experiences to help achieve strategic ambitions and desired outcomes. Together, the company is committed to help grow business by delivering Experiences that Matter 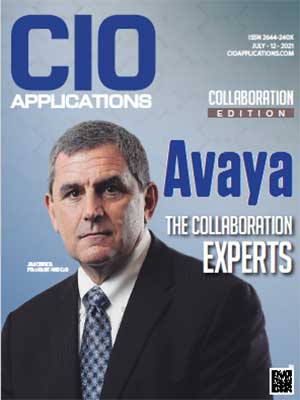