Altuit is a chip off the old block that specializes in using a structured design-centered approach to rapidly develop best-in-class software solutions and award-winning product designs. With a tested 5D hybrid methodology, the Altuit team has been successful in deploying hundreds of solutions that range from full-scale prototypes for NASA to management apps for iPhone and Android. 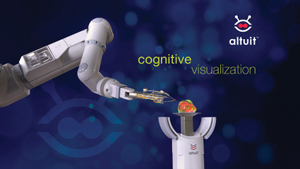 In this interview, Chipp Walters, CEO of Altuit, and Ron Wood, VP, Business Development share some insights about the organization’s augmented and virtual reality solutions and services, their unique value proposition, and their roadmap for the future.

What factors gave rise to the inception of the company? How has the journey been so far?

Early on I co-founded the award-winning industrial design firm Design Edge, and then moved on to start a global software media company called Human Code, based in Austin, which was later sold to Sapient. I retired to a horse ranch and after a couple of years, decided to start Altuit as a way to get some relief from doing the ranch chores!

Altuit initially focused on software and product design while maintaining a strong interest in all things 3D.

A couple of years ago, I was asked to create a Virtual Reality (VR) lab and workflow for the Newell Group so their designers could visualize products in real scale. Newell's companies, like Rubbermaid, Coleman and others could then use VR headsets to evaluate and refine designs. We built full scale camping sites with fires crackling, trees swaying in the breeze and tents you could lay down in. We created industrial kitchens you could work in and virtual sets where you could push a baby stroller around. We mocked up retail store designs for Yankee Candle where you could walk around and view their point of purchase product displays. The goal was to make everything as photorealistic as possible. Ultimately, the CAD to VR workflows were streamlined and used by many of the design groups there at Newell. There's a whitepaper about the information learned on our Altuit.com website.

After creating the VR lab, we worked with a San Antonio start-up to assist in recreating the Alamo battle of 1836 in time for the San Antonio Tricentennial. The result would be an educational commercial product using Augmented Reality. We worked with some of the top historians to accurately reconstruct the Alamo compound and animate 23 scenes of the battle. The result was an amazing 3D Alamo re-enactment that plays out on smartphones and tablets while viewing book pages, cards and our own “Reality Board”. The completed project turned out great and subsequently the Witte Museum (part of the Smithsonian) noticed and commissioned more scenes which were then overlaid on a large scale diorama.

How does your creation really work? What is needed to make it all real?

The Alamo Reality app has an easy-to-use interface and is available for both iOS and Android.

For iOS users, it also has a portal mode where users hold up their iPhone or iPad and see a “portal door opening” magically appear in front of them. They then walk through it and back in time to 1836 to see the Alamo in real scale. They walk around and explore, and if they step on a “glowing elevator disk” they are transported upwards 30 feet. From that point of view, they can watch as the battle commences below. Our team of triple-A artists created amazing battle sequences including smoke, fire, explosions, rocks falling down, and parts of walls being blown up. Floyd Wray, a noted author, penned the 50+ page Battle of the Alamo book which has illustrations taken directly from the Augmented Reality 3D scenes. He also wrote all the voiceover scripts and helped direct the narration for each scene.

Users can currently purchase all of the Experience Real History products for the Alamo on Amazon. 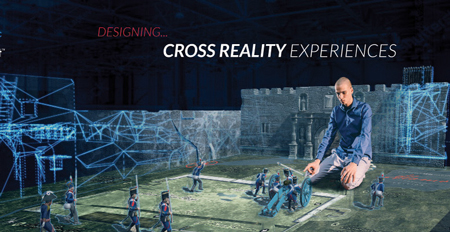 Is there a particular industry that you’re getting more traction in?

For AR, we mostly focus on museums, historical sites and the educational industry. Our photoreal depictions offer compelling content that communicates with kids and students on a level they understand—and, it’s more fun than reading a book! Most of our VR is done for corporations or architectural visualization. Our product strategy work helps companies invent their future using our “Cognitive Visualization” process.

What is Cognitive Visualization, and how do you use it to help clients?

Cognitive Visualization, or “Cog Viz” is a term we use to help define early stage designs. It’s our own version of Design Thinking. We combine it with our custom 5Ds process to rapidly focus on design direction. You can find PDFs and more about Cog Viz, the 5Ds and especially the first D, we call “D1:Define” on our website.

Some examples of our Cog Viz projects include a human centric design for Elon Musk and his Hyperloop; a rapid visualization of an autonomous ambulance drone, and even a car that splits in two done for Fast Company and Cadillac.

What’s the next big step that your company would be taking? Any plans on introducing some new feature sets for the product that you deliver right now?

There’s a new product we just released called KIT OPS that we have been working on with one of the top plug-in developers, Jerry Perkins and it works within Blender. Blender is the most used 3D program in the world with over 100 million users. The first version of KIT OPS has been a huge success, and we’re now looking at using it with VR. The problem with modeling VR in 3D is that both the resolution and the tools are too limited, and this makes it very difficult to model anything photoreal. Using KIT OPS, people will be able to build objects by using Boolean operations combined with state-of-the-art kitbashing tools.

The secret sauce that we bring to the table is our experienced team with best-in-class designers, developers, 3D artists and producers. Our focus on design helps separate us from other studios and we work not only tactically, but also strategically with our clients. This is the reason why Altuit is different from run-of-the-mill AR/VR studios. More importantly, it's not advertising or game development that we're interested in. Most of our work has been invested in improving the flow of communication for people to learn more of what they love best.

Description
Altuit is an independent design firm specializing in cross-reality and cognitive visualization. The company's goal is to offer 5Ds process, including unique cognitive visualization for its clients. This helps clients communicate with themselves, their partners, and their clients. Altuit creates VR labs for some of the biggest companies in the US. Altuit's expert team of design, marketing, and technology continue to work with many large and small companies, helping them innovate their products, approaches, and systems for the future. The company has conducted X-Reality workshops at some of the most prestigious design universities and colleges 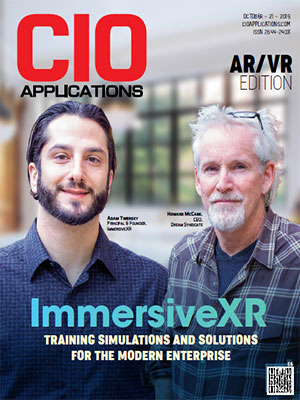