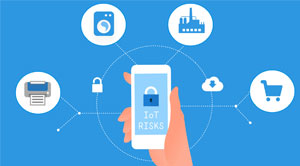 It is vital to know about the threats that cause damage to an education network and take the required measures to prevent them.

FREMONT, CA: Education centers are easily prone to cyber threats with the increased use of mobile phones, and the IoT technology further risks the overall network. Upon evaluation of the dangers and their systems, followed by applying strategies and the right tools the organizations can help protect the sensitive data of students and staff.

Most schools today employ digital-based curriculums, where the students are required to access their mobiles and connected devices based on a 1:1 program or bring your own device (BYOD).  Further, the utilization of the tools also creates problems surrounding the bandwidth and conformity from regulations such as COPPA, FERPA, and CIPA.  Along with the supporting devices enabled by educational software, schools also need to secure IoT like smart boards and other HVAC(Heating, ventilation, and air conditioning) technology.

• Mobile Malware: There is a significant rise in malware, especially those targeting mobile devices.

• IoT Exploits: Malware exploiters for some time were too focused on exploiting IoT devices. The malware was targeted to devices such as routers, printers, and IP cameras and others.

• IoT Botnets: Recently, malware has also been seen enhancing codebases like Reaper and  Mirai to target IoT devices along with multiple exploits. Furthermore, a lot of IoT botnets are more flexible and spread quickly.

Protection against the IoT attacks

The IT department should make use of threat intelligence to be alert of the attack types and entryways used to target networks. Next, the schools should learn and segment the devices which would gain them visibility into each machine. To protect mobile malware, IT teams are to introduce phone application security tools or build secure perimeters.