tuCloud and NNSA Together Bring Out Effective Cybersecurity Model 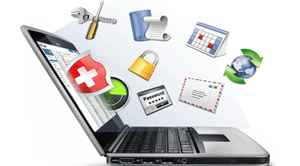 The physical isolation cybersecurity model was developed in collaboration with the teams at National Nuclear Security Administration (NNSA) at Lawrence Livermore National Laboratory and Sandia National Laboratory. The Safeweb model has been exceedingly tested in high security production environments, encompassing around thousands of Federal government users throughout a 4 year point. The model is designed to physically isolate malware and cyber risks into virtual containers like disposable desktops or browsers. Thousands of Federal employees use the Safeweb platforms at a number of NNSA laboratories to provide 'disposable' desktops and browsers to Federal employees. Physically isolated systems made for one-time use, the disposable desktops are completely destroyed once the user has finished using the system.

tuCloud CEO Guise Bule said “The Safeweb model is the result of a four year project proving the model in production at Lawrence Livermore National Laboratory. Safeweb is important because the model

allows Lawrence Livermore National Laboratory to secure the most common infiltration and exfiltration points on their networks, without restricting their employee’s access to the public internet, dramatically enhancing their overall cybersecurity posture."

Designed using a grid distributed architecture, Safeweb clouds enabled organizations to distribute large scale Safeweb clouds on commodity server hardware and guard the users from cyber attack. The Safeweb Engine works natively with the PCoIP display protocol to deliver an exceptional user experience and enterprise grade security, which is possible by the advent of tuCloud's partnership with Teradici.

Check out: The Cyber Security Review