Top Cryptocurrencies and their Future 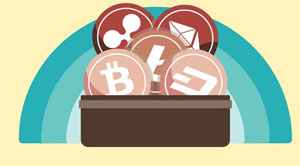 Bitcoin (BTC): Bitcoin is setting itself up for an interesting year because of its increasing transaction speed and scalability. It has the potential to launch the entire market. The usability of it leads to increase transaction fees and a stronger edge to the competition. Bitcoin developers respond by rolling out the Lightning Network that allows transactions to occur separately from Bitcoin's main blockchain.

Ripple: Ripple software is capable of handling transactions thousands of times faster than other payment gateways. It can consistently handle 1500 transactions per second. Ripple is focusing on acquiring partnerships with global banks to increase liquidity and low transaction fees.

Ethereum (ETH): Ethereum is capable of responding proactively to the scalability issues. Since multiple cryptocurrencies are battling for the top spot, Ethereum needs to make a solution for its issues to maintain in one of the top places.

Bitcoin cash(BCH): Bitcoin cash updated its website with the roadmap that is divided into three sections as scaling, usability, and extensibility. The design requires upgrades to make the product better.

Steller: Steller is able to make developmental improvements and partnerships during bear markets that stand the best chance of survival. Steller is building partnerships with massive corporations to succeed in the next year.

Blockchain, the underlying technology behind the cryptocurrencies has spread in the digital currency industry. And the coming years will be able to see many applications of cryptocurrencies.