The Era of AI-Powered User Interfaces 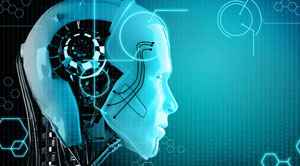 Multiple domains within the industry are eager to adopt the artificial intelligence (AI) today. PwC in one of its reports, expects that the worth of AI and its applications to exceed $15 trillion, by the year 2030. Much is being said about the use of AI, which would eventually result in the loss of certain jobs as well as creation of others, invention of new industries, and essentially redefining innovation. While most of it is true, AI’s ability to interface with the humans and machines to function and help the former tackle the ever-increasing complexity of the latter cannot be sidelined.

Applications based on AI, that function as mediators between humans and computers are already up and running. Common among them are the chatbots that are becoming increasingly popular in customer service and other applications. Salesforce, for instance, offers scope for the integration of chatbot platforms with itself through the use of connectors, to assist customers with their queries. Smartbots—the machines that can be programmed to perform a variety of tasks, such as issuing alerts, or scheduling calendars, through the use of AI—constitute the next wave of dynamism. Web development is another area that AI has made inroads into. The technology has given rise to development platforms like the Grid that use AI to build the entire website.

AI’s capability to bring in human-like interactions is being increasingly leveraged to build user interfaces offering immersive experiences. While it is true that only a small portion of the vast potential held by the human brain is being utilized, the onset of AI has proved that only a fraction of the power possessed by computers was being exploited, hitherto, which AI would change.