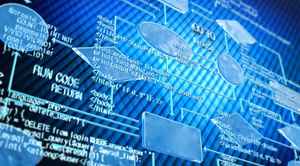 PROVIDENCE, RI: The Annual Software Testing Technology Report from Vector Software has been conducted to study the trends in the embedded software testing industry and the concerns pertaining to the industry. The  research reveals that the world’s dependency on software controlled products has been on a rise and also the increase in demand for improved product quality and regulations has become more stringent than ever.

From the report it is evident that, the respondents were familiar with terminologies like ‘Continuous Integration’ and ‘Continuous Testing’ other than the overall concept of ‘Embedded Software Test’. To facilitate an overall shift in the industry towards increased quality, isolated code changes in Continuous Integration needs to be immediately tested and tested while being added to a larger code base. Familiarity with the term ‘Technical Debt’ shows surprising results with about 45 percent of the respondents having said that they were ‘very unfamiliar ‘with the term ‘technical Debt’ and an overall weighted average score for familiarity came in at 2.33 out of 5. Such a phenomenon represents concealed defects introduced during system architecture, system design and system development. Responses from a large majority of peopleshows that they have potential plans to address bug and defect tracking with their next project.

A noticeable effect on the software industry has been observed with the advent of a growth in the ‘Internet of Things (IoT). The possibility for every electronic device to avail network connectivity can be made possible with the IoT because it enables the interconnection of both the physical and virtual world based on interoperable communication technologies which means that every manufacturer of electronic devices can be seen in the software business. Respondents also showed a strong interest in the capabilities of regression and system testing; code coverage; automated C, C++, Ada dynamic/unit testing; and automatic test case generation. Interestingly, the research also threw light on a wide variety of topics like code quality and testing analytics with responses segregated between specific audiencesincluding management, developers, and testers/QA team.